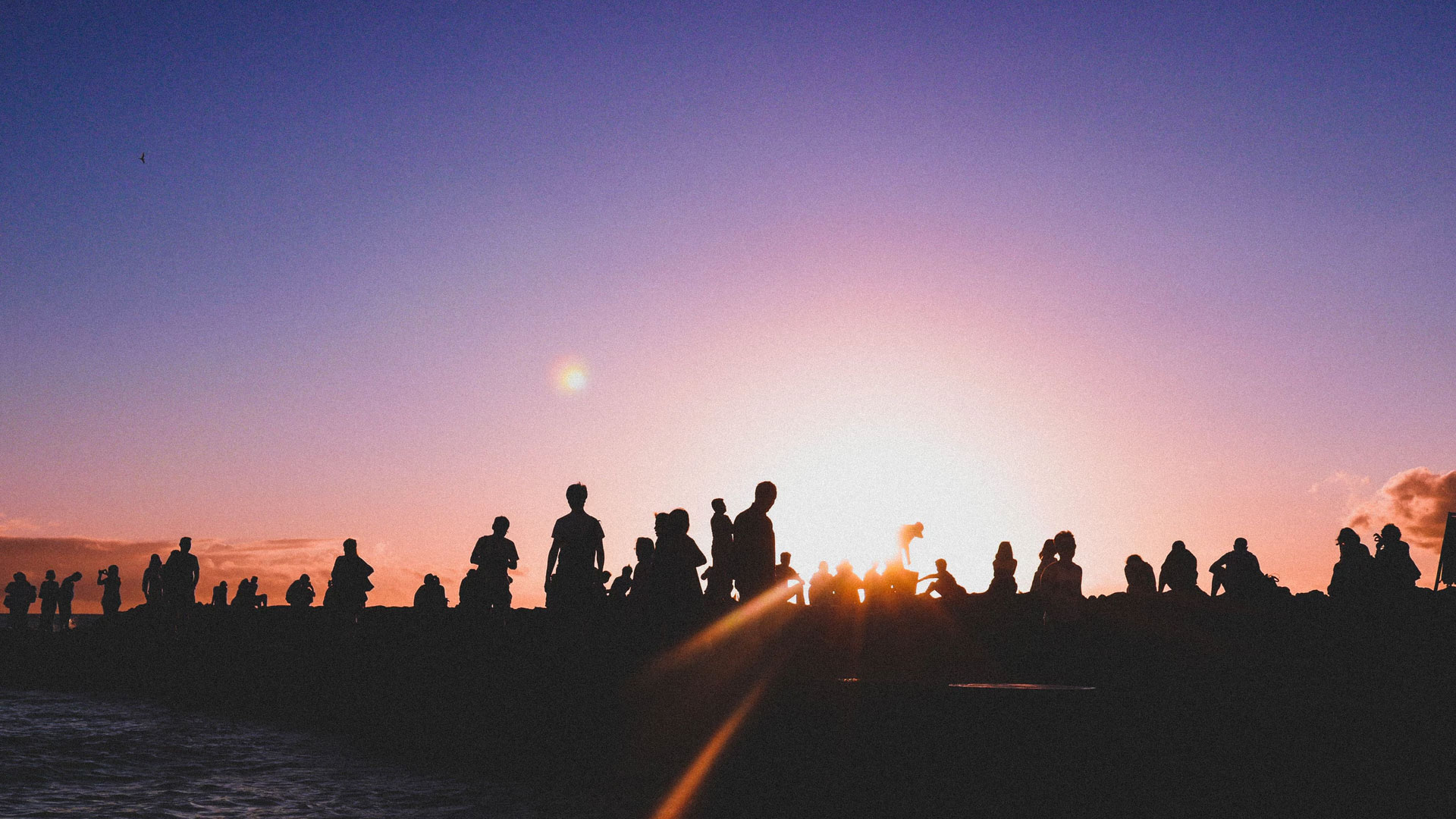 By The Immigration Coalition September 6, 2018 February 5th, 2019 No Comments

Before I begin, let me first say that I admire John MacArthur and his heart for Jesus. For many years, he has blessed me tremendously through the plethora of books he’s published and sermons he’s preached. And I believe he’s attempting to be as true to the Gospel of Jesus Christ as possible.

However, I believe with all of my heart that Social Justice, when rooted in the objective truth of Scripture, is an ESSENTIAL IMPLICATION of the Gospel, of which the Church—the people of God on mission, must live out on behalf of the marginalized: Immigrant, Fatherless, Widow, Poor, Orphan, Elderly, sexually abused, Disabled, etc. because God Himself is a God of Justice (Amos 5:24; Isaiah 61:8; Deuteronomy 10:18; Leviticus 19:33-34).

All throughout the Old and New Testament Justice mentioned and something God calls us to do. According to God’s Word, when we become concerned about the vulnerable, poor and marginalized members of society, and make long-term personal sacrifices in order to serve their interests and needs—then this is what it means to do justice.

In the Bible, and as mentioned by Tim Keller, Justice means three things:

Justice is care for the Vulnerable.

The Hebrew word for justice, mishpat, occurs in its various forms more than 200 times in the Hebrew Old Testament. Its most basic meaning is to treat people equitably. It means acquitting or punishing every person on the merits of the case, regardless of race or social status. Anyone who does the same wrong should be given the same penalty. But mishpat means more than just the punishment of wrongdoing. It also means giving people their rights. Deuteronomy 18 directs that the priests of the tabernacle should be supported by a certain percentage of the people’s income. This support is described as “the priests’ mishpat, which means their due or their right. Mishpat, then, is giving people what they are due whether punishment or protection or care. This is why, if you look at every place the word is used in the Old Testament, several classes of persons continually come up. Over and over again, mishpat describes taking up the care and cause of widows, Refugees, orphans, immigrants and the poor—those who have been called “the quartet of the vulnerable.” This group today would include the sexually abused, disabled, and elderly as well.

The mishpat, or justness, of a society, according to the Bible, is evaluated by how it treats these groups of people created in God’s Image worthy of respect and dignity. Any neglect shown to the needs of the members of this quartet is not called merely a lack of mercy or charity but a violation of justice, of mishpat. God loves and defends those with the least economic and social power, and so should we. That is what it means to do justice.

Justice Reflects the Character of God

When people ask me, “How do you want to be introduced?” at a conference or event I’m speaking at, I usually propose they say, “This is Rondell Treviño, Founder of The immigration Project in Memphis, Tennessee.” Of course, I am many other things, but that is the main thing I spend my time doing in public life, of which I want people to know

Realize, then, how significant it is that the biblical writers introduce God as “a father to the fatherless, a defender of widows” (Psalm 68:4-5). And they do this because one of the main things He does in the world is care for and do justice on behalf of the vulnerable. This is a part of who He is, and the same goes for us as Christians.

We must have a strong concern for the vulnerable: Refugee, Immigrant, Poor, Fatherless, Orphan, Widow, Disabled, and sexually abused. But there is more to the biblical idea of justice than that. We get more insight when we consider a second Hebrew word that can be translated as “being just,” though it usually translated as “being righteous.” The word is tzadeqah, and it refers to a life of right relationships. When most modern people see the word “righteousness” in the Bible, they tend to think of it in terms of private morality, such as sexual chastity or diligence in prayer and Bible study. But in the Bible, tzadeqah refers to day-to-day living in which a person conducts all relationships in family and society with fairness, generosity and equity. It is not surprising, then, to discover that tzadeqah and mishpat are brought together scores of times in the Bible.

These two words roughly correspond to what some have called “primary” and “rectifying justice.” Rectifying justice is mishpat. It means punishing wrongdoers and caring for the victims of unjust treatment. Primary justice, or tzadeqah, is behavior that, if it was prevalent in the world would render rectifying justice unnecessary, because everyone would be living in right relationship to everyone else. Therefore, though tzadeqah is primarily about being in a right relationship with God, the righteous life that results is profoundly social. Rectifying justice, or mishpat, in our world could mean prosecuting the men who batter, exploit and rob poor women. It could also mean respectfully putting pressure on a local police department until they respond to calls and crimes as quickly in the poor part of town as in the prosperous part. Another example would be to form an organization that both prosecutes and seeks justice against loan companies that prey on the poor and the elderly with dishonest and exploitive practices. Primary justice, or tzadeqah, may mean taking the time personally to meet the needs of the handicapped, the elderly or the hungry in our neighborhoods. Or it could mean calling and meeting with legislators encouraging them to pass human bills that help Immigrants, documented and undocumented, flourish.

These two words, tzadeqah and mishpat, are tied together over three dozen times. Overall, If you are trying to live a life in accordance with the Bible, the concept and call to justice are inescapable. We do justice when we give all human beings their due as creations of God. Doing justice includes not only the righting of wrongs but generosity and social concern, especially toward the vulnerable.

With this definition of Justice in the Bible, I believe John MacArthur and the 4,725 signees of the Social Justice and the Gospel statement lack the understanding of what Justice means in the Bible and where we as Christian Social Justice Advocates are saying, intending, and living. What we are doing, as faithful servants to the Scriptures, is not pushing forth an agenda to water down the Gospel, but using the Gospel itself to kindle a fire in our hearts as motivation to live out Justice on behalf of the vulnerable of society who desperately need spiritual transformation and physical transformation—whether it be food, water, clothing, or we as brothers and sisters in Christ advocating for legislation that lines up with Biblical principals that opens up doors for them flourish.

But this is something respectfully misunderstood by John MacArthur and the thousands of signees it seems. I believe this is because of the way in which John MacArthur views the marginalized who he calls VICTIMS. This group he calls victims in his sermon include five groups of people:

Concerning all five groups he says in his sermon, “they believe they have been deprived of privileges, status, and prosperity in culture—they believe there’s no social justice for them and that they have been victimized by others in society. This word (victim) describes their self designed condition.”

This is deeply unjust of MacArthur to say. He believes that women who have been abused by men, Poor (Refugee/Immigrant/Fatherless/Widow/Orphan) who have been dehumanized in society through systemic injustices for years, Ethnic Groups who have been abused by other ethnic groups, and homosexuals (I don’t agree with their life choices) who have been taken off the list of many people’s “Love your neighbor as yourself” list commanded by Jesus because they disagree with their lifestyle, and those who have been dehumanized as Image bearers of God due to hate speech is a self designed condition? This is unbiblical and unjust to make such a generalized claim. To say these groups have created a self designed condition is to believe they are somehow making up the unjust situations they have been through for attention and handouts. This is deeply harmful not only to these groups, but for the entire body of Christ. Not only this, but it begs the question: Does John MacArthur and the 4,725 signees truly understand justice in the Bible and how important it is to God? Have they been in a Urban community where Immigrants, poor, and fatherless deal with systemic injustices? Are they in proximity with the vulnerable who are important to God? I am truly asking these questions.

These groups, as we have vividly heard and seen, are the vulnerable ones God speaks of throughout the Bible, and we—the Church, must do Justice on their behalf because it’s a apart of who we are. We do justice and apply social justice so that they might flourish spiritually and physically in a world that dehumanizes them, daily. These vulnerable groups are people to love, not people who have created a self designed condition.

What can we do now?

Rondell Treviño is the Founder of The immigration Project—a faith-based organization that exists to help Immigrants flourish. Before founding The immigration Project, Rondell worked as a Southeast Mobilizer for the Evangelical Immigration Table. Rondell speaks on issues of Immigration from a biblical perspective at Churches, organizations, and conferences throughout the country, and meets with legislators on how to better create, implement, and sustain just and good Immigration policies and practices geared toward the flourishing of society. Rondell received a Bachelor of Arts in Biblical Studies from Belhaven University (2014), and a Master of Divinity from Capital Seminary and Graduate School (2016). Rondell is happily married to Laura Treviño, and is the proud father to Sofia Treviño.