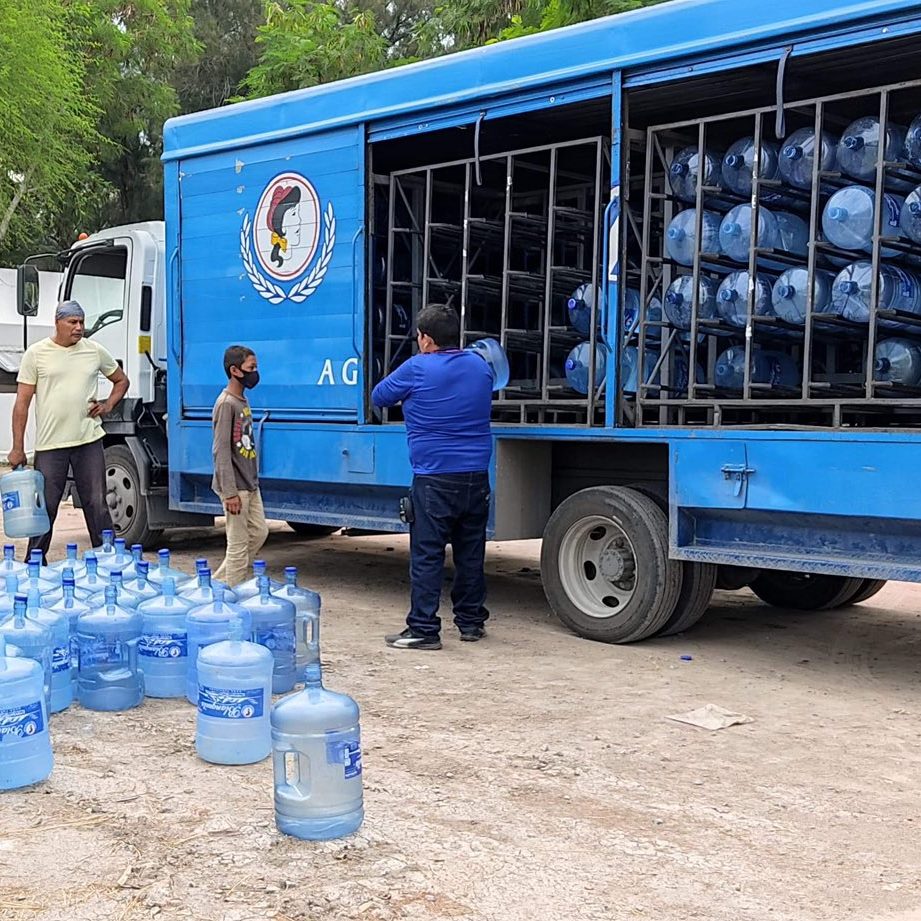 Water connects every aspect of life.

Access to safe water and sanitation can quickly turn problems into potential – empowering people with time for school and work, and contributing to improved health for women, children, and families around the world. Eva Margarita Moya and her co-authors provide a sobering account of the water burden specific to the southwest border region in the Journal of Earth Sciences & Environmental Studies article “In Pursuit of Safe Drinking Water in the Texas-Mexico Border Region: A Matter of Social Justice.” The following is largely an excerption of their work.

Water stress and scarcity are among the main problems that humanity is facing and will increasingly face in the future as a result of the multiple pressures from increasing exploita­tion and side effects such as pollution and environmental deg­radation, as well as social and political instability (Al-Weshah, Saidan, & Al-Omari, 2016). Safe drinking water is a basic need for human development, health, and well-being and is an internationally accepted human right (World Health Organization, 2002).

More than 6x the population of the United States lives without a household water connection.

The World Water Council estimates that by 2030, 3.9 billion people will live in “water scarce” regions, 1.1 billion people lack access to improved drinking water and 2.6 billion lack access to proper sanitation. In 2012, 12.6 million people died as a result of living or working in an unhealthy environment– nearly one in four of total global deaths (World Health Organization, 2016) and more than two million people die of diarrheal related disease annually, most often caused by waterborne infections, and the majority of these cases are children under the age of five (Pendergast & Hoek, 2011).

Along the U.S.-Mexico Border

The U.S.-Mexico border region spans almost 2,000 miles from the Pacific Ocean to the Gulf of Mexico and includes four U.S. states, six Mexican states, 44 U.S. counties, and 80 Mexican municipalities. The La Paz Agreement defines the border as the area within 62.5 miles of either side of the boundary. In some places, only a sign or a fence marks the border. In other places, the border is reinforced with barbed wire or tall steel fences. Although each nation operates under distinct legal and political structures as well as different health and environmental systems, the region is characterized by mutual dependence, with both sides sharing environmental, social, economic, cultural, and epidemiologic characteristics.

According to the Texas Comptroller of Public Accounts Report, if the U.S.-Mexico border region were considered a state, the region would be comprised of the following characteristics: 1) rank last in access to health care; 2) second in death rates due to hepatitis; 3) third in deaths related to diabetes; 4) last in per capital income; 5) first in the number of school children living in poverty; and 6) first in the number of uninsured school children (Soden, 2006).

Colonia in Spanish means a community or neighborhood. The Texas Office of the Secretary of State defines a colonia as a residential area along the Texas–Mexico border that may lack some of the most basic living necessities such as potable water, septic or sewer systems, electricity, paved roads or safe and sanitary housing. There are 2,294 colonias in Arizona, New Mexico, and California; however, Texas has the largest colonia population and the largest number of colonias along the U.S.–Mexico border.

According to the U.S. Census Bureau, about 96 percent of colonia residents are Hispanic (mostly of Mexican American descent), and the median age is 27 (Barton et al., 2015). There is a common misconception that most colonia residents are recent or first-generation immigrants. In reality, almost two-thirds of resident adults (over age 18) are U.S. citizens.

One of the most rapidly population growing regions of the United States of America is the Southwest. The Texas Water Development Board (Texas Water Development Board, 2012) projects that the water demand in Texas will rise by 22% by 2060, from about 18 million acre-feet per year to about 22 million acre-feet per year, creating more challenges for water supply planners and communities. By 2060, urban areas are expected to have the largest increases in water demand due to increased municipal water consumption from rapid population growth (Venkataraman, Tummuri, Medina, & Perry, 2016).

Tears Flowing for Immigrants and Refugees

Handwashing Stations for Migrants and Asylum-Seekers at the Border