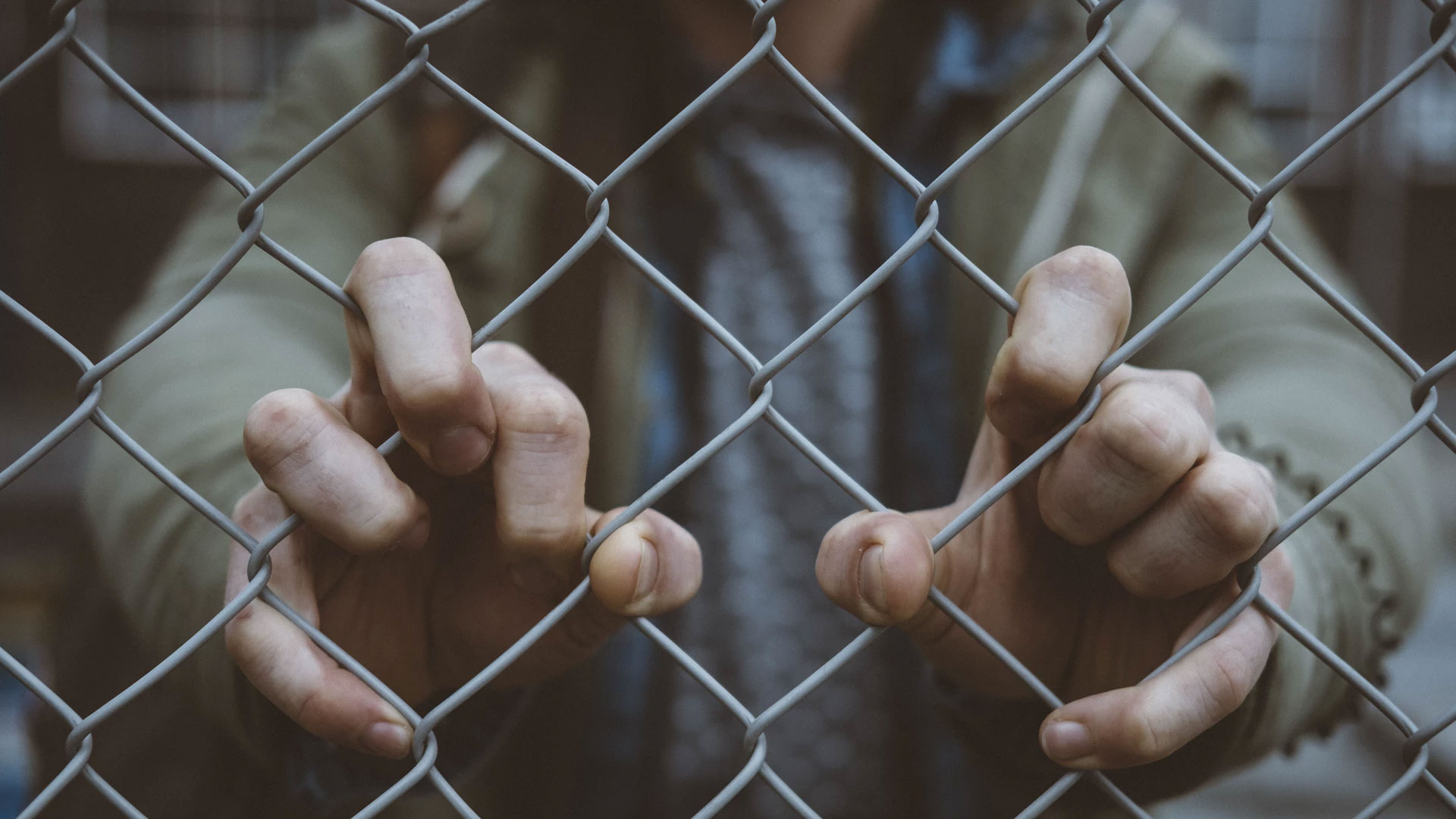 Why are children being separated from their families at the border?

Is family separation required by law?

Family separation arises out of policy changes that require the detention of adults either in criminal or immigration jails. There are, however, existing legal limitations on holding children in custody, notably the 1997 Flores Settlement Agreement and legal prohibitions against holding children in adult criminal facilities. As a result, the child is taken from the parent and placed into the custody of the Department of Health and Human Services (HHS) in HHS facilities.

Because there are legal limitations on detaining children that prevent children from being detained with their parents, the Trump administration contends that necessitates separating families. However, family separation was rare under previous administrations.

What are the limits on detaining children in immigration detention?

The parameters for holding children in immigration detention are set out in the 1997 Flores Settlement Agreement. The Flores agreement resulted from a class action lawsuit originally filed in 1985 that challenged the federal government’s treatment, detention, and release of immigrant children.

The Flores agreement sets standards for the treatment and conditions of children held in immigration detention and limits the time that children can be held in detention. The Flores agreement requires children to be released to a parent, legal guardian, or a licensed program willing to accept custody, whenever possible. If not possible, then it requires the government to hold the child in the “least restrictive” appropriate setting that meets a minimum standard of care and treatment necessary for children.

According to a 2016 federal court decision, the Flores agreement applies both to children accompanying their parents, as well as to unaccompanied children. Accordingly, children cannot to be detained with parents in facilities made for adults and unequipped to properly care for children. And, even in family detention facilities specifically designed to detain parents and children together, federal courts have interpreted the Flores agreement to require that children be detained no more than 20 days.

However, the ‘zero-tolerance’ policy has rapidly evolved into separation of parent and child at the border. This is because parents are arrested at the border and criminally charged with illegal entry. Due to these criminal charges, protocol does not allow the child to be kept with the parent because the child is not criminally prosecuted.

What is family detention?

Family detention is the practice of holding immigrants families together in immigration detention. In practice, family detention facilities house mothers with their children, including babies. Fathers are detained at separate facilities.

Both the George W. Bush and Obama administrations used family detention to detain thousands of families at facilities specifically designed to house children. Immigration and children’s advocates have raised significant due process concerns with family detention, as well as the negative long-term impacts detention has on children.

Due in part to those negative impacts, federal courts have limited the ability of the federal government to detain children, interpreting the Flores agreement to require that children cannot be detained longer than 20 days.

How many children have been separated from their families?

More than 2,000 in recent weeks alone. On June 15, a Department of Homeland Security (DHS) official told reporters that 1,995 children were separated from 1,940 adults in only six weeks – between April 19 and May 31, 2018. Taking June separations into account, this number has climbed well above 2,000.

Previously, Reuters reported that between October 2016 and February 2018, prior to the implementation of the zero-tolerance policy, there were 1,768 cases of families separated by border agents. These separations were not a standard practice and typically occurred for medical reasons or due to security concerns, such as discovering that the parent has a criminal record and could pose a risk to the child.

A DOJ policy issued in May 2018. On May 6, 2018, Attorney General Jeff Sessions announced that in partnership with DHS, The U.S. Department of Justice (DOJ) would prosecute all individuals crossing the U.S. border without authorization, taking as many cases “as humanly possible” until they reach a 100 percent prosecution rate. Sessions noted that the new zero tolerance policy is aimed at deterring unlawful border crossings and stated that if parents do not want to be separated from their children, they should not “bring them across the border illegally.” Previously, in 2017, then-DHS Secretary John Kelly defended family separation as policy that could deter migrants from crossing the border illegally. Recently, President Trump suggested that family separation gives him additional leverage with Congress to enact legislation implementing his immigration priorities.

Administration officials have stated that asylum seekers presenting themselves at ports of entry are not subject to the zero tolerance policy, which only applies to migrants unlawfully crossing between ports of entry and thus should not be separated from their children. The administration has been holding a number of asylum seekers  in immigration detention even after entering through a port of entry and reportedly have separated some of them from their children.

What is meant by ending “catch and release”?

A Trump administration policy to detain migrants, rather than release them pending their immigration hearings. There is no official government policy entitled “catch and release,” but the term has been used pejoratively to refer to a number of different immigration policies. Critics assert that so-called catch and release policies encourage unlawful immigration.

Currently, the Trump administration primarily uses the term to refer to the practice of releasing migrants from custody while their cases are pending in the immigration court system. Those migrants are still required to check in with immigration authorities and attend hearings in immigration court.

Does this policy deter migrants from Central America from coming to the U.S.?

No, the number of apprehensions has increased after implementation of the policy. Family separation has not deterred migrants from Central America from coming to the United States. U.S. border patrol agents detained 6,405 unaccompanied children (UACs) in May, nearly a 50-percent rise from the 4,302 apprehended in April. In comparison with May 2017, the number of UACs soared by 329 percent and the number of parents migrating with kids as a “family unit” surged by 435 percent in 2018.

The numbers of detained UACs and family units have been rising steadily since beginning of fiscal year 2018 with a usual seasonal drop in January and February. Overall border apprehensions climbed by 160 percent in May when compared to the same time period in 2017.

What happens to children separated from their family?

They are classified as “unaccompanied alien children” (UACs) and placed into a shelter operated by the U.S. Department of Health and Human Services. When a parent is charged criminally for unlawful entry, the child is separated from his or her parent because the child cannot be housed in criminal jails, and thus is deemed as a UAC crossing the border. Under the William Wilberforce Trafficking Victims Protection Reauthorization Act (TVPRA), Customs and Border Patrol (CBP) agents must turn UACs over to the U.S. Department of Health and Human Services (HHS) within 72 hours after the agency’s screening. HHS’s Office of Refugee Resettlement (ORR) then places the kids into a shelter until they are released to a family member, guardian or foster family.

Where are children held after separation from parents?

In ORR shelters. After the initial CBP screening and further HHS background checks, the kids stay in custody and care of ORR until they can be released to a family member, guardian or foster family. The Flores agreement requires HHS to place each child “in the least restrictive setting that is in the best interests of the child” as promptly as possible. The UAC shelters are generally operated by non-profit organizations and hold less than 50 UACs.

However, due to the ongoing influx of migrant children, the HHS is currently running out of space to hold the unaccompanied kids. Reports find those children have been held at CBP border stations for more than the allowed 72 hours in facilities that lack bedding, separate sleeping rooms, adequate medical treatment, and nutritional resources for children. As a result, an increasing number of UACs in HHS custody have been placed in provisional shelters at military bases, former warehouses , or tents located primarily in Texas. These conditions have been reported to confine children in cages and supply large foil sheets as blankets.

At the same time, the administration failed to implement family reunification processes, allowing the families to at least communicate or inform each other. There is no uniform process in place to identify which child belongs to whom, to inform parents about the whereabouts of their child, and to reunite parents and children even after a parent has been released from detention. With limited access to any kind of communication channel, the parents may be unable to find where their children are being held or receive assistance in locating them. Once released, parents may wait for long periods of time to be reunited. In some cases, parents were even deported without their children.

What are the impacts of family separation?

Trauma, disturbed development and neurological damage. Pediatricians, psychologists and other health experts from across the U.S. strongly opposefamily separation. Over 250,000 doctors and nearly 7,700 mental-health professionals and 142 organizations urged the administration so stop the policy, which causes serious harm and has long-lasting impact on the children’s physical and mental health, development and wellbeing. Studies found that family separation seriously impacts children’s brains and may result in a neurological damage.

At the same time, the children’s parents often plead guilty in court to a misdemeanor offense of illegal entry in efforts to be reunited with their children. In one instance, a father even took his own life after his child was forcibly from his arms by border agents.

What is being done to address family separation?

Family separation has faced widespread bipartisan condemnation from members of Congress from both parties, faith leaders, and legal experts. It has led to legal challenges and protests.

On June 19, more than a dozen Republican Senators, led by Sen. Orrin Hatch (R – Utah) sent a letter to Attorney General Sessions asking for a halt to the zero-tolerance policy to pause separations and allow Congress to address the issue. Several bills have been introduced in Congress to address the issue, either by requiring the release of families, or by detaining parents and children together in immigration detention.

Adapted by the National Immigration Forum