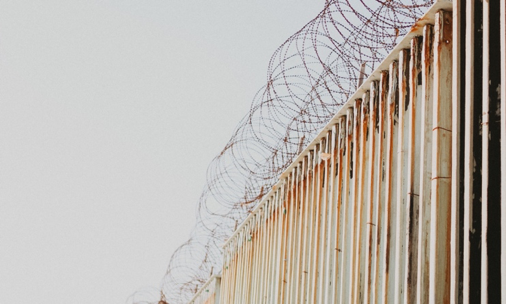 Does the Cost of Security Bankrupt Our Humanity?

By Rondell Treviño January 21, 2020 No Comments

My family has always honored borders and adhered to the guidelines required by each nation–except for that one time in Afghanistan when my Dad neglected to pay close attention to the expiration date and found our family had entered into the undocumented category. I am so thankful, however, that grace was extended to us by the Afghan government and my family was not separated or thrown in jail as a result (which the law in the country required).

As a little girl, I never quite understood the concept of border walls. When I got older, I learned they held power and purpose. I’ve seen two of the most politically dividing border walls in the world. From the Palestinian and Israeli border separated by the two nation’s conflict to the Mexico and U.S. border divide over immigration–and the complexity amazes me.

I am aware that nations have borders and those borders should be administrated. I have never been in the role of controlling a border; I’m sure the task is not easy. However, I also believe a country should extend compassion to others. Personally, my heart is heavy after learning about the pain that is happening and at times it can feel as though nothing is being done. I hope that as you read this, you can relate to some of the humanity in the stories of others and let those impact you.

“Unaccompanied children are among the most vulnerable refugees, and I worry their plight is becoming normalized and even demonized, as though they are the cause of this crisis and not its victims. Where do you put your tears when this happens on your watch? But most of all, when does it end?” – Local Peacemaker

I recently traveled to the US southern border with an organization called The Global Immersion Project , who’s passionate about “mending the divides” through peacemaking. I tried to visualize the sounds, the smells, and the people I would encounter before entering this new country. Nothing could have prepared me for the sheer pain and humanitarian crisis I witnessed during my time there. I’ve learned that we are taught to see certain people and taught not to see others. There is a difference between noticing people and actually seeing them. The people I encountered experienced deep loss that is remarkable. I witnessed their pain, tears, and resiliency. These are people who have sacrificed so much. These are the people who know the definition of being human and giving everything to be a free one.

During our time in Mexico, we heard stories of those who’ve been confined in these spaces and the ways they’ve been treated during the process. For example, Women who are deported out of the U.S are only allowed to take one plastic bag with them containing all their personal belongings. Once they enter Mexico, no one warns them that as soon as they enter this foreign country, men will approach them asking them to “get coffee” or offer them a place to stay. Sex trafficking is very common, and vulnerable women who haven’t even been warned upon entering Mexico fall into this trap that they cannot escape.

“I arrived in America on a tourist visa. Then, when I left for Tijuana, I tried to go back into the US, but they would not let me in. It was that moment that marked me for the rest of my life. I wasn’t sure if I had even said goodbye to my children that day. I was sent to a detention facility where they made me stand in front of them naked while they searched my body. They dislocated my arm, and I didn’t have enough money to pay for surgery. I am still paying the price today, as I cannot fully extend my arm.” – Words from a deported mother living in Tijuana.

“I’d already lost my son to gang violence and wasn’t going to risk staying in my country. The day after I fled my home in Honduras to come here to Tijuana, gang members came to my home seeking to kill me and my family. It was by God’s Grace that we left when we did. After that, I slept in the streets holding my two children in my arms and sleeping with both eyes open to protect them. We ended up renting an apartment, but the owner wanted to sell me. I fled that with my children as well. The next day, we found ourselves knocking on the door of a shelter where they gladly received us and allowed us to stay. I pray that God would give you the same blessing He has given me.” – A refugee living in Tijuana

“Nothing we gained in the U.S. when we lived there will ever compare to the loss we’ve experienced. We moved to the U.S. not to get wealthy, but so that our children could eat. I deeply regret leaving my country because I lost what I loved most after I was deported. I lost my children. I am sure that God is great and that I will be able to see them one day. The worst thing is not being deported but it is more not even knowing where my children are. I will never stop fighting for others who have been deported. Some tell me it is impossible, but impossible is not in the vocabulary of a mother.” – A refugee living in Tijuana.

In the past, they’ve allowed loved ones to touch each other or pass gifts through the wall. The U.S. administration added this additional mesh so that now people can only barely touch each other’s hands. Now, families that are separated can no longer share hugs when they meet. This is referred to as the “pinkie kiss.”(U.Ss border patrol agents claim the additional fencing is added for “protection measures”).

When we were in San Diego, we had the opportunity to hear two differing perspectives from a U.S. border patrol agent (CBP) and a representative from an organization called Border Angels. Border Angels is a non-profit organization that helps prevent deaths at the border. In San Diego alone, there were 283 deaths in one year due to lack of water and the desert conditions while people (mostly families) were trying to cross to the U.S. This number does not include people who were never identified.

“In terms of public opinion, it’s never been worse for us. When we enter this position each day, I know I have to separate myself from my uniform. people get fired up at me and emotional at times. I know they aren’t necessarily angry with me, but rather the bigger picture. I often remind people that these families are crossing illegally, and they are coming to us. Crossing the border illegally is a misdemeanor crime and I’d like the American people to know that you most definitely want us patrolling out here.” – U.S. Border Patrol

I think what was so beautiful while hearing these two different perspectives was the friendship these two people shared. We walked away with a picture of them standing and laughing next to one another despite having completely different views. This trip brought to light the deep brokenness, injustice, and courage many have faced due to these government policies. I have witnessed mothers crying as they share the pain of being unable to see their children. I have walked through a red-light district (sex trafficking) location and stared into the eyes of women whose dignity and humanity has been stolen from them at the price of their bodies. It’s easy, in the midst of this pain to wonder where God could ever be found. Perhaps, the God I know is more clearly seen in the stories of an immigrant. Our God is not hiding behind the words coming from an American legalistic pulpit. Rather, He is sitting with the broken. Our God is with the migrant mother sleeping in foreign streets after being persecuted in her home country. I beg you to form your views and opinions from the human stories and the pain you might witness. Get to know the immigrant. The God I know transcends borders and walls and instead invites us all to partake at the table. He cares for the immigrant who’s been deported, the child separated from their family, just as much as he cares about the ones who are in charge of doing these actions.

“Father, please give us the strength not to look away.”

I do not have solutions to these complex issues. I often feel paralyzed looking at the complexity thinking, “someone else will advocate for change and someone else will care.” I do not know why we think it’s okay to put kids in cages and I do not know why we justify separating families. I don’t understand why we can’t have conversations with people who might look a little different than us. I do not know why it’s so hard to talk about politics civilly, or why we all have this desire to be right. I don’t know the strength it takes to flee my home and come to a foreign land with the clothes on my back. I’m ashamed that many American Christians have the reputation of crossing this very border with the posture of a hero rather than that of a friend. I do know, however, there are peacemakers on both sides of this border divide working for just actions. Perhaps there will never come a peaceful solution here on earth, but I don’t want to sit back and claim I’m okay with unjust suffering. I don’t want to live my life choosing to look away. I don’t ever want to be comfortable while injustice reigns. I pray we would be given the strength not to look away. That we would not just notice but that we would truly see. We can argue lots of facts, statistics, we can fight over politics in attempts to “win,” we can selfishly walk away from the conversation.

At the end of the day though, we can’t argue stories. Stories change the conversation completely. Stories are powerful and personal. They are a gift. I want you to know that despite the complexity, the future will always belong to the better storytellers.

Joanna is a traveling humanitarian photographer capturing the stories of those she meets. She grew up in the Middle East in Afghanistan and Turkey for the majority of her childhood and early teen years. Currently, she lives in Minnesota but travels frequently dedicating time to documenting her experiences through her lens and advocating for others to do the same. Learn more here.