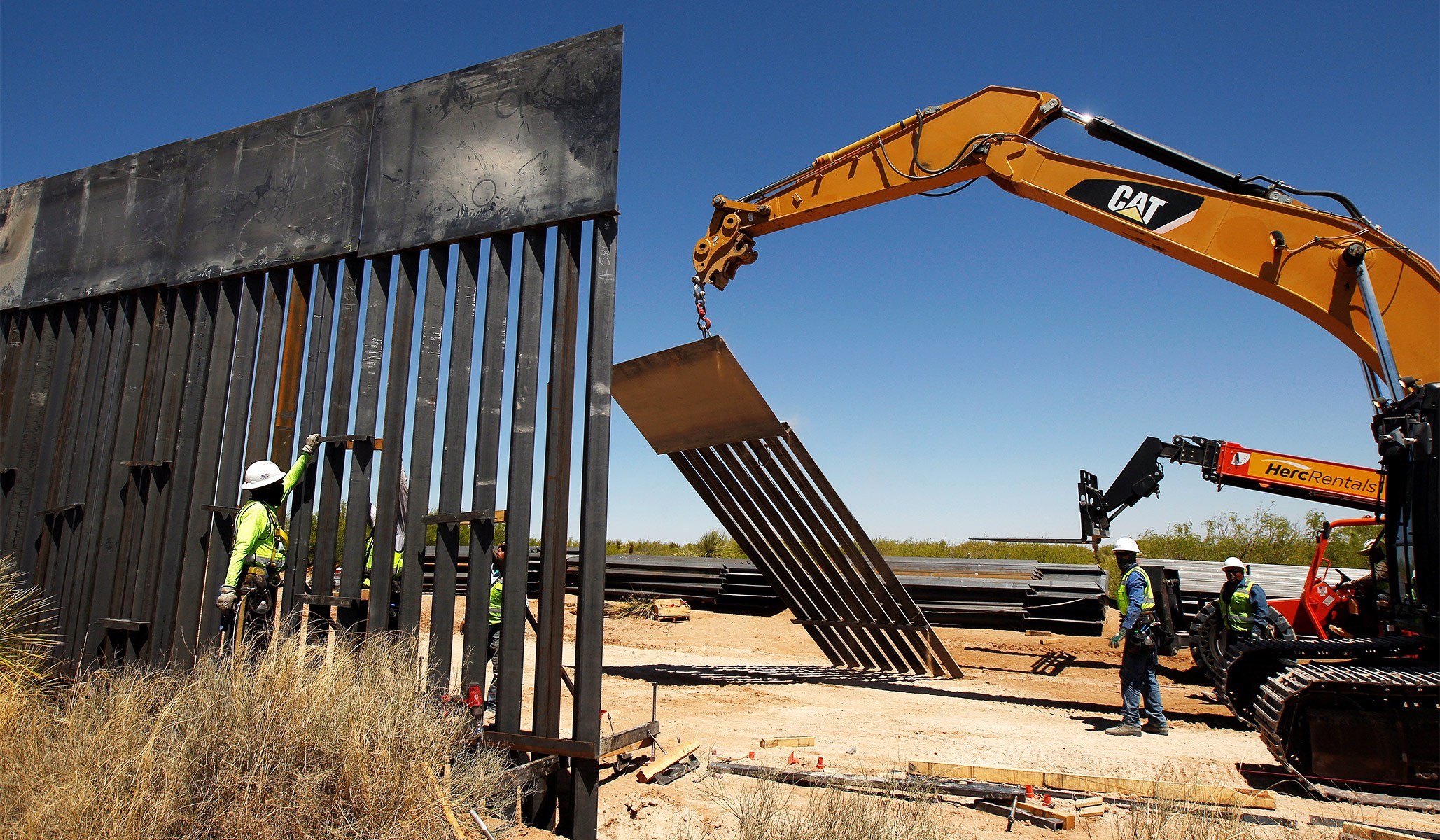 The Border Wall Construction: Should We Support this Cause?

By Rondell Treviño January 6, 2020 No Comments

With much debate of whether or not a border wall should be built along the Southern Border, it’s important to ask: Is the Border Wall being built at all? Yes.

Both Republican and Democratic Congress signed a spending bill on December 20, 2019, that includes setting aside 1.5 billion dollars to help build a wall in certain areas along the Southern Border.

Currently, there has been a little over 90 miles built, but most of it has been used to replace border fencing that currently exists and needs augmenting on federal land in California and Arizona.

When it comes to establishing a new wall, ground has already been broken on a short stretch in Texas in the Rio Grande Valley, and 8 miles of the border wall is expected to be built, which amounts to 167 million dollars is costs.

The wall is being built–at least to a certain extent.

Should we support the construction of the Border Wall?

Before I answer this question, we must understand a few things.

FIRST, we must understand that it’s important to submit to the Governing authorities and obey the laws of the land (Romans 13:1-7).

I don’t want the laws to be broken nor do I want Immigrants, Migrants, or Asylum Seekers to cross the Southern Border into the United States undocumented. Now, with this comes a lot of complexity–and although I believe we should be against anyone coming into the United States undocumented, at the very same time we do have a deeply broken immigration system that has caused an immigration court backlog exceeding 1 million cases, and Immigrants who have had to wait for years to get a green card. For example, immigrants in all categories of an application must wait on average 5 years and 8 months for a green card. Filipino siblings of adult U.S. citizens who applied for green cards in 2018 have waited for 23 years. They originally entered the line for green cards in 1995. Just behind them were F3 Filipino and Mexican adult married children of U.S. citizens who each waited more than 22 years for their green cards.

Although I believe it’s wrong to come into the United States undocumented, we also must show deep mercy and compassion for those immigrants who do come because they don’t trust the current processing times of green cards that take an average of at least 5 years and 8 months. For a family who might be facing persecution, gang violence, trafficking, and with zero economic growth, waiting 5 years and 8 months is a death sentence–not for all but for many immigrants. And I haven’t even gotten into the suffering immigrants face in Latin-American countries in detail

We should be against immigrants coming into the United States undocumented, but we should also understand that the immigration system is deeply broken and in many ways, especially by the Trump administration efforts, the system is against Immigrants, migrants, and asylum seekers coming to the United States documented and through seeking asylum, legally, which is U.S. law.

We must uphold obeying the law of the land, show mercy and compassion for Undocumented Immigrants, and advocate for immigration reform that’s compassionate to immigrants and respectful of the law–and in many ways, this means advocating for laws to be changed in a bipartisan way.

SECOND, we must understand that keeping out drug trafficking is an important task to accomplish.

There’s drug trafficking occurring at ports of entry and along the southern border. This cannot be ignored.

THIRD, we must understand that human trafficking must be stopped.

When it comes to human trafficking, it’s important to note that it accounts for a much smaller portion of trafficking in the U.S. than popularly believed, accounting for less than 10% of cases. This figure is derived from the Justice department’s statistic that  50% of trafficking victims in the U.S. are U.S. citizens or legal permanent residents and the IOM’s statistic that 79% of victims born outside the U.S., entered the country using legal ports of entry. In other words, accounting for U.S. nationals and foreign nationals entering through legal ports of entry, the overlap between the two crimes resides in the remaining 10% of cases.

All that being said, the southern border is a dangerous place. Vulnerable immigrants, migrants, and asylum seekers, who agree to be smuggled, whether they are trafficked or not, are often subjected to violence. According to a White House press release, “nearly 70% of migrants traveling to the United States are victims of violence.” Since Mexico is the most frequent source country for foreign nationals identified through the National Human Trafficking Hotline,data suggest that the nexus of human smuggling and human trafficking, though possibly less than ten percent of cases, does center around the southern border.

Human trafficking and migrant smuggling can be linked, for example, through the high costs demanded by smugglers (up to $12,000 per person) for the journey across the border, leaving poor migrants vulnerable to a type of trafficking called “debt bondage.” This type of trafficking occurs when migrants agree to work off a debt they have accrued. Traffickers then continue to compound interest and other charges to what appears to be a simple employment agreement, trapping victims in an exploitative cycle of debt and forced labor. Even if migrants manage to pay the smugglers’ fees, there have been cases where they still end up in the hands of kidnappers across the border and trafficked.

With the numbers on southern border apprehensions and human trafficking and smuggling, it’s no secret that border security needs to be established. Most people don’t argue against this. However, the debate exists on whether we need a border wall or need only to invest in drones and better technology. Good-hearted Christians disagree on what’s a better choice and investment, and this is okay.

But here’s my take: I firmly believe we need a multifaceted approach to border security that implements a wall in needed places, augments the physical barriers we already have with better infrastructure, and invests in better technology such as drones, etc. at ports of entry and along the southern border. In my opinion, this multifaceted approach will drastically decrease drug and human trafficking as a whole. And while this is established, we can show even more compassion to immigrants, migrants, and asylum seekers seeking asylum, and consider their claims quickly and accept or reject efficiently.

But I firmly believe we need a multifaceted approach to border security that implements a wall in needed places, augments the physical barriers we already have with better infrastructure, and invests in better technology such as drones, etc. at ports of entry and along the southern border.

So yes, we should support the construction of the wall if the Trump administration is building it to keep out human and drug trafficking by smugglers and cartels, not to keep out all immigrants, migrants, and asylum seekers from getting into the United States, especially those who qualify and wish to come legally. Sadly, however, my fear is the Trump administration is building the wall for the wrong reasons.