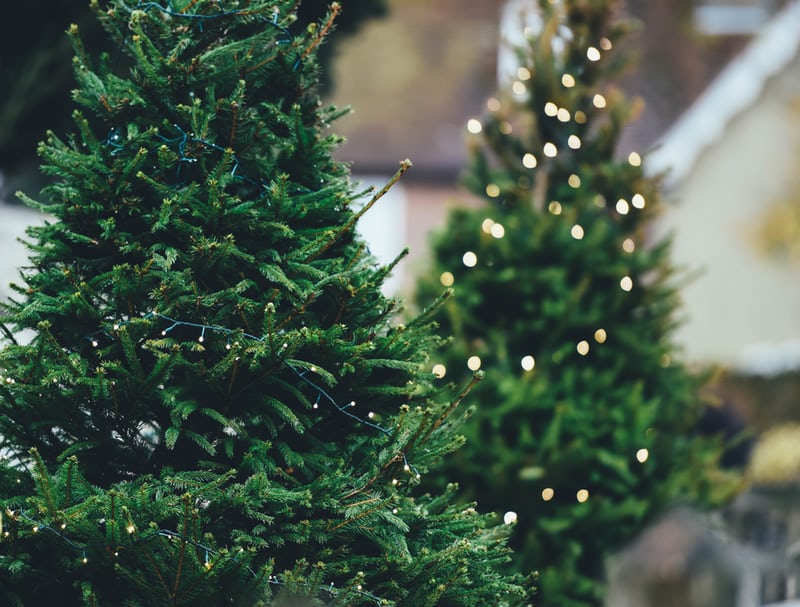 Who Provides The Trees We Use For The Christmas Season?

There are certain must-haves when it comes to the Christmas season such as baking cookies shaped as ornaments or reindeer, putting lights on the house, listening to Christmas music, watching as many Christmas movies as possible, drinking hot chocolate, wrapping presents, having a delicious Christmas Eve or Christmas Day meal with family and friends, and going out to pick a real authentic tree to take home and decorate.

For many, the Christmas season isn’t quite the same without these must-haves because they are what make the holiday season so wonderful and joyful. But I believe the most important out of all of these must-haves is the Christmas tree itself because it’s such a pillar in the house. There’s nothing better than coming home from a long day at work, walking into the house, and seeing the Christmas beaming with lights and ornaments.

Christmas trees are grown commercially in 44 states. But in most places, it’s a tiny industry, and production hovers in the thousands and hundreds of thousands. Oregon is the top Christmas tree–producing state, with more than 6.4 million trees produced in 2012. The State of Oregon produces the most Christmas tree than any state in the U.S. North Carolina is the second-largest producer of Christmas trees (4.3 million), followed by Michigan (1.7 million) and Pennsylvania (1 million).

There A LOT of Christmas trees produced in the United States.

When it comes to Christmas trees, have you ever wondered who works hard to provide them during the holiday season?

In other words, if you have a real authentic Christmas tree in your house, chances are it’s been produced and cut by a documented or undocumented immigrant.

Christmas tree production is very labor-intensive for Immigrants. It includes planting, mowing, weeding, applying insect & disease control, shearing (or shaping), and packaging for marketing. First, a worker must walk around the mountains and mark which trees will be cut down, after which a crew of 8 men cut down the tree with chainsaws and drag the tree to the sides of the field. Then the bailing process begins, a process in which twine is wrapped around the trees so they are easier to transport. Finally, as many as 600 trees are loaded into trailers and driven to the loading yard to be unloaded, counted and sorted.

There are 25 different pesticides used in Christmas tree farming that can have adverse health effects for workers who apply them.

When it comes to Christmas trees this holiday season, let’s remember that Immigrants, documented and undocumented, worked extremely hard to produce and cut them for millions of U.S. Citizens. For those who have an authentic Christmas tree in their house, when you look it with all it’s beaming lights and ornaments, remember, many immigrants labored hard for you to have that tree.

The vast majority of Immigrants, documented and undocumented, bring tremendous value to the United States, especially those who are farmworkers.

***Below is an infographic with key facts regarding Christmas trees and Immigrant farmworkers.