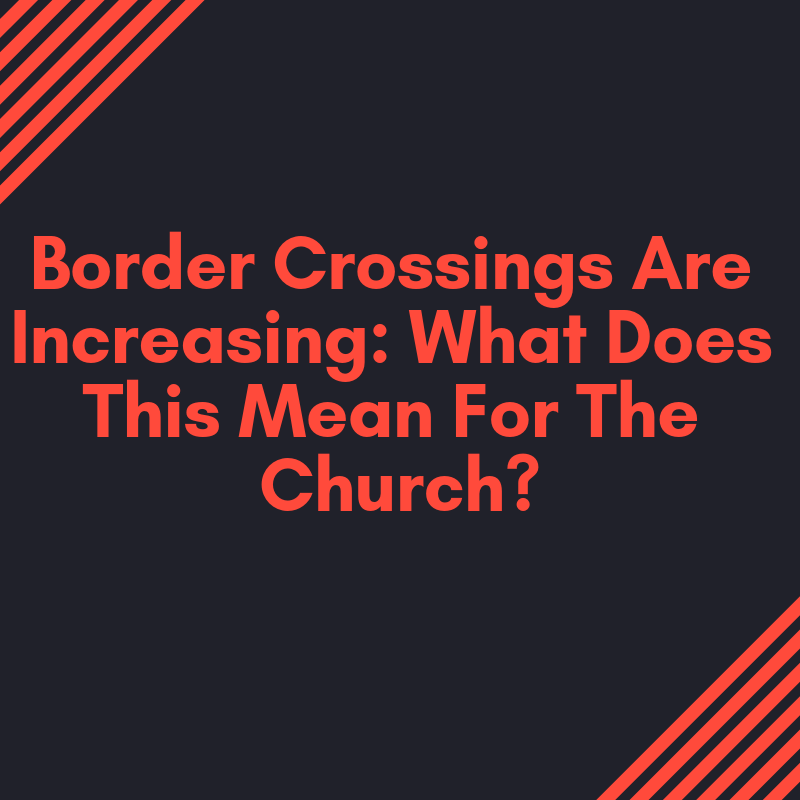 Border Crossings Are Increasing: What Does This Mean For The Church?

By The Immigration Coalition March 6, 2019 No Comments

According to Government figures as reported by the New York Times, for the fourth time in five months, the number of migrant families crossing the southwest border has broken records–and border enforcement authorities, are warning that government facilities are full and agents are overwhelmed.

More than 76,000 migrants crossed the border without authorization in February 2019, more than double the levels from the same period last year and approaching the largest numbers seen in any February in the last 12 years.

As of March 3, 268,044 migrants had been apprehended along the southwest border since the fiscal year began in October, a 97 percent increase from the previous year, according to government figures.

What does this mean for the Church?

1. We should love and welcome migrants. If the number of migrant parents and children crossing the Southern Border undocumented is in fact happening in record numbers, then this means there are some migrants who deserve to seek asylum and to be protected because of the fear and violence they face. Therefore, we, the Church, should pray for them and think through ways we can love and welcome those who are in desperate need of not just physical help, but spiritual. How can we love and welcome them? How can we pray for them? What ministries can we research and find to partner with? The harvest is plentiful because God is bringing the Nations to our doorsteps. How the Church responds will say a lot.

2. We need Border Security. If this big of a number is coming to the Souther Border, then this means there’s a good chance a percentage of migrants are possibly human traffickers, smugglers, or drug traffickers who do not intend to help the United States flourish. This means we need a multifaceted approach to Border security that:

• Secures Ports of entry along on Southern Border with better technology and the hiring and training of Border Patrol Agents.
• Implements a wall/barrier in needed places along the Southern Border. Not along the entire Border, but in needed places.
• Gives a pathway to citizenship for Immigrant Dreamers with DACA. These are individuals who came to the United States as Children and babies without any choice in the matter.
• Augments the already 650 mile long fencing on the Southern Border.
• Protect Immigrants with Temporary Protective Status (TPS).