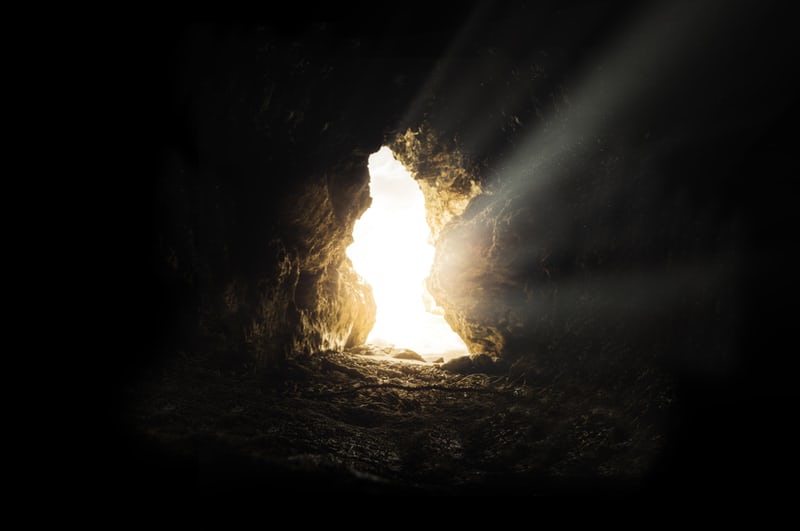 Early Sunday morning, some of Jesus’s friends set out for his grave to anoint the body of their friend and teacher. When they arrive, however, they are greeted by what one Gospel writer calls “a man dressed in lightning.” He tells them Jesus is not there, as he said. He is risen.

In the week leading up to his death, the Good Shepherd went out to meet the wolves of judgment, sin, and death—and he did so with all authority. One might wonder, what good has it ever done anyone to die for some cause? This is the glorious beauty of the gospel. Jesus didn’t die as a martyr for a cause. He was never in the wrong place at the wrong time. He was never at the mercy of anyone. He lived, died, and was buried because he meant to be.

No one took his life from him. He laid it down. For whom? For his flock, his people.

And he laid it down only to take it up again (John 10:18). The point of the cross was not just to die, but to die and rise again, defeating the prowling wolves of sin and death themselves.

Easter says of Jesus, “He meant it! He meant to lay down his life for you. And as surely as he has taken it up again, he knows you and loves you.”

The tomb is empty. Sin is defeated. Death does not have the last say. Jesus is risen and lives.

Source found at The Gospel Coalition