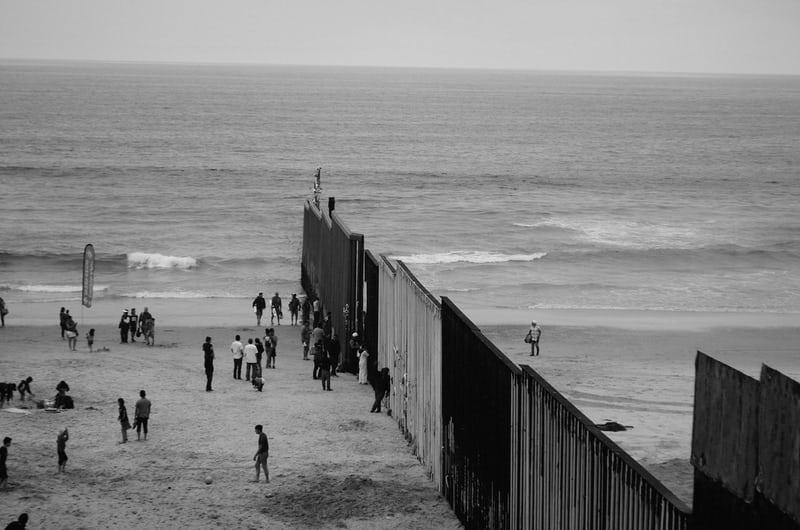 Why We Need A Border Security

By Rondell Treviño September 4, 2019 No Comments

Far too often some are either on the “We need a wall” side or “We just need to secure ports of entry” side. In all honesty, we need both.

Crime and drug trafficking occurs primarily through ports of entry, but it still occurs along the Border. According to CBP in 2018, there were a total of 566,281 enforcement actions related to inadmissibles, apprehensions, arrests of individuals with criminal convictions and individuals who have been apprehended multiple times crossing the border illegally. Now, according to CBP in 2018, Customs officers staffing ports of entry seized drugs consisting of cocaine (47,945), heroin (4,813), Marijuana (283,084), and Methamphetamine (67,292). In other words, we need to secure our ports of entry because some Immigrants are attempting to bring drugs into the United States this way.

According to CBP in 2018, U.S. Border Patrol Agents securing the Southern Border seized drugs consisting of cocaine (6,423), Heroin (532), Marijuana (439,531), and Methamphetamine (10,382). In other words, we need to secure our Southern Border with a wall in needed places because some Immigrants are attempting to bring drugs into the United States this way. Drugs are being smuggled in both ways.

The fact of the matter is the Southern Border is 2,000 miles long and there are 600 miles of fencing, which leaves 1,400 miles with natural landscape obstacles. A close source of mine—a Christian Immigrant, living at the Southern Border, told me that some Immigrants smuggling drugs and humans just avoid the 600-mile fencing by going around to come into the United States. And this is happening every day. Therefore, the argument of “we just need to secure ports of entry” or “we just need a wall” do more harm than good. We need both in a balanced and smart way that still shows compassion and love to Immigrants.

Furthermore, Christian Republicans and Democrats need to realize securing ports of entry and placing a wall in needed places with augmenting current fencing is a both-and, not an either-or.

Overall, we need to have Border Security that secures ports of entry AND Border security with a wall in NEEDED places while augmenting the physical barriers we already have with better infrastructure. Not a wall along the entire Border, but again, in needed areas. Again, it’s a both-and, not an either-or. It’s balanced. And while doing so, we can show even more compassion to Migrants seeking asylum, legally, thus consider their claims quickly and accept or reject efficiently. Having a multifaceted approach to Border Security gives us room to focus on those Migrants who are fleeing persecution or hardship with enormous grace and mercy as Christ has called us to.

However, we must be willing to respect the rule of law (Romans 13:1-4) and show compassion (Luke 10:25-37). This is the biblical tension we must live in as Christians. Let’s also remember, wanting border security is not synonymous with hating Immigrants or Migrants. We can love Immigrants and Migrants and still want Border security.