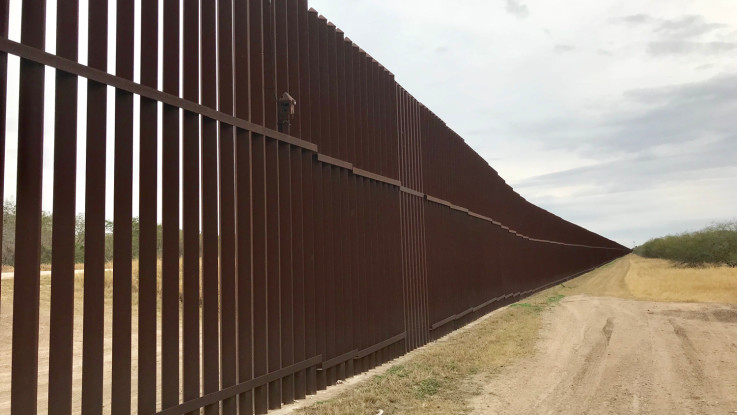 Who Is My Neighbor: Immigration And The Image of God

By Rondell Treviño September 12, 2019 No Comments

When it comes to Immigration, some evangelical Christians fail to view this topic from a truly biblical perspective. In 2015, Lifeway Research asked evangelicals to list which factor has most influenced their beliefs about immigration. About one in ten (12%) said the Bible was the primary factor. In other words, only 12% of evangelical Christians surveyed claim to view Immigration from through a biblical lens. This leaves the other 88% to look elsewhere for influences on their view of immigration (media, legislation, popular opinion, etc.). This significance of this lies in the fact that when we talk about immigration we are inevitably talking about image-bearers.

But why is there such a low number of Christians whose view of immigration is shaped by the Bible? There’s not a clear cut answer to this, but I would suggest three reasons.

Far too often, we as Christians forget that our identity is in Christ and Christ alone (Ephesians 1:1-14). When this happens, complex issues like Immigration are viewed through another len. Whether intentionally or unintentionally, we can place our identity in things such as nationalism, security, status, and political party. Finding our identity in any of these categories has the potential to compel us to place physical and spiritual walls between ourselves and those we view as the Other. Thus we water down what the Bible has to say about compassion for immigrants made in the image of God, documented and undocumented. A misplaced identity can also color the way we view issues like DACA, Refugee Crisis, and Comprehensive Immigration Reform. Rather than first seeing people, we see party affiliation

Exegesis, literally “to lead out of,” is the exposition or explanation of Scripture-based on careful and faithful analysis. The opposite approach, eisegesis (literally “to lead into”), is when the interpreter projects his or her own ideas into Scripture, making it mean whatever they want it to mean. Far too often Christians can come to the text with a preconceived framework, which compels them to read Scripture selectively, picking and choosing what they want to believe as if the Bible is a buffet. This eisegetical perspective then legitimates their own interpretation. This tendency can result in reading the Bible in a comfortable way, excluding uncomfortable topics like Immigration. Though the Bible has much to say on the immigrant experience, our framework disallows or discourages such questions.

Another reason so few evangelicals base their view of immigration on the Bible may arise from a lack of awareness that the Bible actually addresses the topic, a fact not helped by silence on the topic from the pulpit. According to the same Lifeway Research, 79% of evangelical Christians have never heard a sermon on immigration. One of the main avenues God uses for equipping His people is through the preached Word on the Lord’s Day. Even though immigration can be seen throughout the fabric of Scripture, it can become an invisible topic if avoided in Sunday sermons.

Why is it important for us to primarily view Immigration issues from a biblical perspective?

As Christians, we know the Bible is the ‘breathed-out’ Word of God (2 Tim 3:16). It is also our blueprint for how to live vertically (in relation to God) and horizontally (in relationship to people). We should seek to be shaped by God’s Word in every aspect of life.

When it comes to the hot topic of Immigration in the United States, one of the healthiest things we can do as Christians are simply open up the Bible and see what God has to say. Trust me, the Bible has much to say. But before we do that, there is perhaps a preliminary step. Though we all have the right to different perspectives on immigration policy, we should never lose sight of what we are talking about: people. Every immigration discussion is ultimately about people made in the image of God who are also our neighbor.

In Genesis 1:26–28, God speaks ontologically and functionally about humans. Ontologically, God says every human, regardless of origin or status, is made in His image. This includes immigrants, both documented and undocumented. This means immigrants have infinite value in God’s sight. Before anything else, Christians should view them in this way as well.

Functionally, God’s purpose for his image-bearers is to fill and subdue the earth—rule, create, and have dominion. We see this in a number of ways in the modern world, but interestingly with immigrants who have founded iconic companies such as Google, AT&T, eBay, Radio Shack, and Kohl’s. Every human being has tremendous potential to fulfill a part of the creation mandate wherever they are. This is true of immigrants.

The ontological and functional truths found in Genesis 1:26-28 show us immigration is primarily about humans with a heart, soul, mind, and tremendous potential. Before politics and economics, Genesis points us to the truth that immigrants are people to love, not problems to solve. As Christians, we should understand that if immigrants have infinite value in God’s sight, then they should also have infinite value in our sight.

Jesus tells the parable of the Good Samaritan in Luke 10:25–37 in response to the question, “who is my neighbor?” The parable details the story of a traveler who is robbed and beaten, left half dead alongside the road. Both a priest and a Levite, two people who may be expected to offer help, pass by avoiding the beaten man. Finally, a Samaritan, a people despised by the Jews, happened to come upon the beaten man, having compassion and caring for him.

The phrase, “and your neighbor as yourself” in the second part of Luke 10:27 is originally from Leviticus 19:18. In context, this is one of the many verses in Leviticus 19 that give ethical commands to the Israelites for the just and humane treatment of the marginalized, including the Immigrant. The rationale for the instruction is so that Israel would resemble God (Be Holy because I am Holy). And at the end of the same chapter, Leviticus 19:33–34 says, “When a stranger sojourns with you in your land, you shall not do him wrong. You shall treat the stranger who sojourns with you as the native among you, and you shall love him as yourself, for you were strangers in the land of Egypt: I am the Lord your God.”