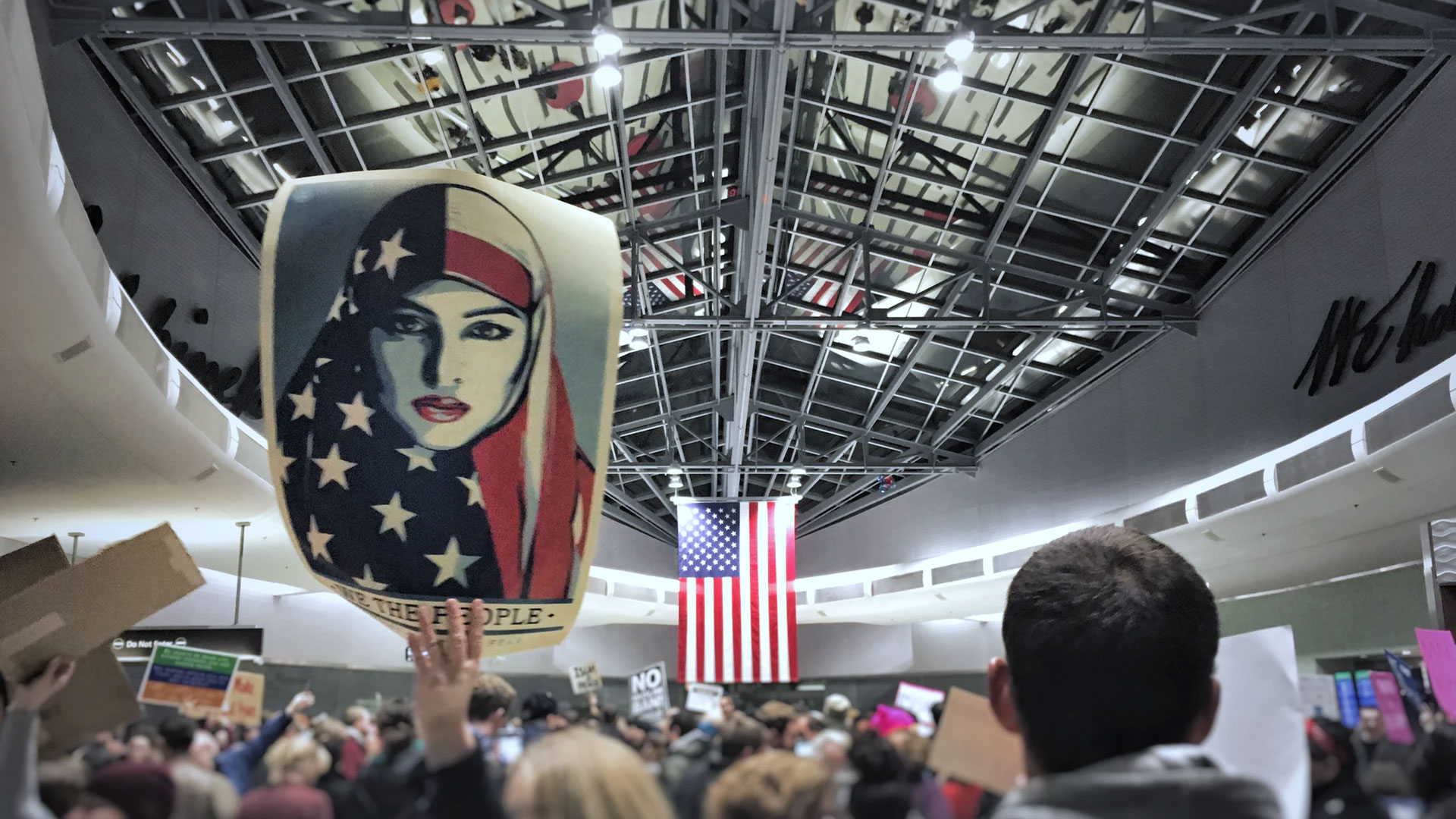 Would you be willing to write an article on why immigration matters to you as an African American?

Because immigration is not an issue I immediately think of when I talk to friends about versions of the American Dream that sound more like a nightmare. Sexism, abuse of power and spiritual manipulation are what come to mind. And racism, of course, but the kind that flows from the Middle Passage rather than the U.S. southern border.

“We came here on a ship. They (immigrants) came here on their own free will,” is what I’ve heard in Oppression Olympics-esque conversations.

Shamichael Hallman, Civic Engagement Coordinator for The Fourth Bluff, said that’s true, but the treatment once we’re here is kind of the same. “It’s fighting for the right to be human, and fighting for access to education, to well-paying jobs, to quality healthcare, living conditions. We all deserve that.”

He grew up in a small, rural Alabama town hearing the grownups talk about immigrants taking jobs from Americans. He didn’t bring that narrative with him to Memphis in 2010, but it’s been in the past five years, after forming relationships with people who came here fleeing war or wanting to improve their quality of life, that the immigration issue became more of a human issue for him.

“Of all people, African Americans should understand how our nation has historically treated people of color. We still have a lot to do. We still have things to fight for. But I think what we’ve gone through should at least allow us to have some level of empathy.” he said.

His words made me think of a past experience where I, as a black woman working in a predominantly white environment, did not have empathy for a Hispanic man also working in that environment. Basically, I didn’t like the way he seemed to embrace microaggressions from some of our white co-workers. He was a kid trying to figure things out, and I didn’t have the presence of mind to ask why he handled situations the way he did. I wrote him off, forgetting that I too had to figure out how to navigate those situations at one point in my life.

Had I been a student of STREETS Ministries’ executive director Reggie Davis, my callous behavior would’ve been checked. “When I hear (students) make some statement about someone who is different than them, I go, ‘Hey, they are today what we were 50 years ago, and that same feeling of oppression that we felt, and sometimes we still feel, imagine what they’re feeling.’”

STREETS serves students in South Memphis, and an area of East Memphis he refers to as the Kingsbury community. About half of the Kingsbury student population at the elementary, middle and high school is Hispanic. At the high school, he said, Hispanic, Asian, Middle Eastern and African students represent at least eight languages and 20 dialects.

When Immigration and Customs Enforcement agents raided Memphis in summer 2017, pastors and community leaders recommended STREETS to people who wanted to know where they could go to support immigrant families.

Reggie is an Arkansas native whose “entire world was flipped upside down” when he started working with STREETS in 2010. He went from growing up in a town that didn’t integrate a public pool until 1995, to leading an organization that serves DACA recipients. “When I went there I had very few relationships with the Hispanic community. On the issue of immigration, I was kind of on the fence. I hate to say it, but I was apathetic. I was not really sure how this affects me, whatever happens, happens. But then you get in proximity, you get in relationship,” he said.

Does it also create tension? Expose indifference? Reveal an urge to uphold my ancestors’ plight as the most significant? Absolutely. This writing assignment that necessitated conversations with Shamichael and Reggie revealed apathy and unhealthy self-preservation I need to pray against in my own life.

As much as I want to wrap this up neatly with Bible verses that compel me to empathy, I would be more honest if I point to a Twitter thread that compelled me. It details a police officer subjecting Rondell Trevino, the founder of The Immigration Project, to racial profiling. I immediately thought of older uncles and younger cousins who are like brothers to me, and my dad, the best man I know. All of them have had similar experiences to Rondell’s. Their mere presence in spaces caused unjustifiable suspicion. The frustration and fear Rondell expressed, and awareness of always being a target are sentiments I’ve heard from my family members. My heart’s proximity to them helped me see the parallel roads people of color travel in America.

In his Twitter thread, Rondell listed practical ways to love immigrants. The suggestions are familiar. Similar to what I’ve seen written or recorded in response to other tense moments in America, like the verdict in the George Zimmerman trial & pretty much the entirety of 2014. Those moments impacted me because I saw my family in the men who died. I was interested in the nuances of the situations, and the necessities of dignity, justice and prayer. Like police brutality towards black men and women, immigration is an issue full of intricacies and opportunities for humans to give honor, be fair and talk to God.