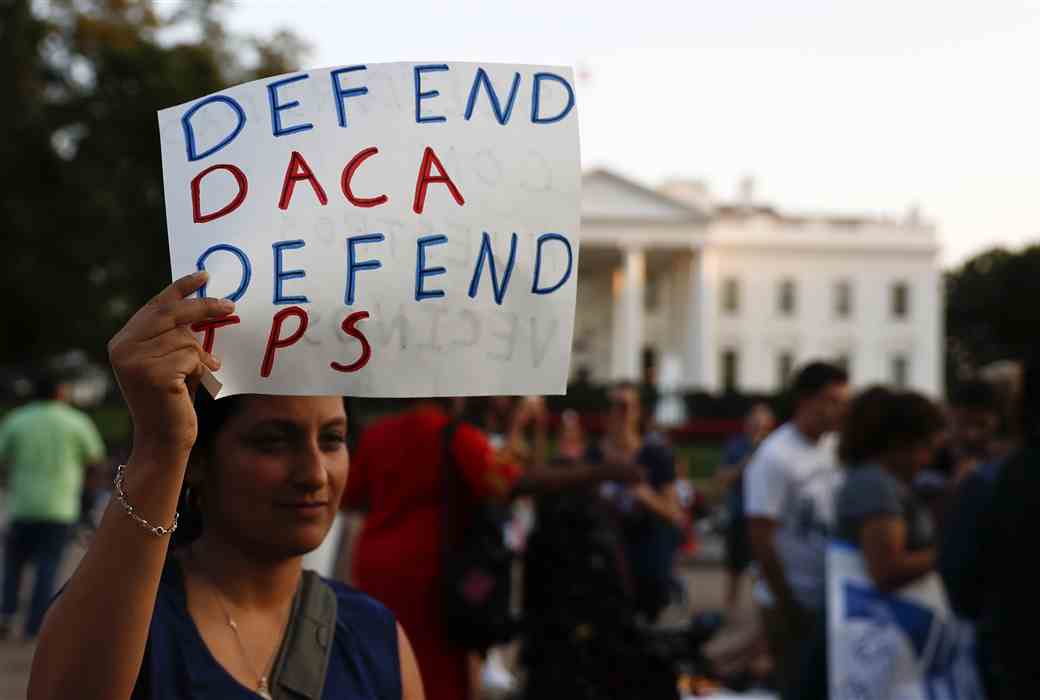 What is Temporary Protected Status (TPS)?

By The Immigration Coalition September 19, 2017 No Comments

As the Deferred Action for Childhood Arrivals Program (DACA) takes much of the attention around Immigration because it will be rescinded in 6-months (March 2018) leaving hundreds of thousands of young Immigrants without protection from deportation, there is one program that is in threat of being rescinded as well: Temporary Protected Status (TPS).

Temporary Protected Status (TPS) is a temporary immigration status that was created in the Immigration Act of 1990. TPS is a temporary immigration status provided to nationals of specifically designated countries that are confronting an ongoing armed conflict, environmental disaster, or extraordinary and temporary conditions. It provides a work permit and stay of deportation to foreign nationals from those countries who are in the United States at the time the U.S. government makes the designation.

In other words, TPS protects individuals from having to go back to their country because it is filled with disaster, violence, and conditions that can possibly harm or kill them.

As of August 2017, the following 10 countries have valid TPS designations:

TPS has been a lifeline to almost 440,000 Immigrants already in the United States giving them a chance to be the Image bearers God has called them to be (Genesis 1:26-28). However,  in the next six months as DACA inches closer to rescinding, the Trump administration will decide whether to keep and extend the status for these Immigrants or end the status upending their lives.

Why should Christians and people of good will care about TPS?

In this passage of Scripture, God says that everyone is created in His Image, which means everyone has infinite value in His eyes. He views everyone with delight and joy, including the 440,000 with Temporary Protected Status (TPS). God then calls His Image bearers to fill and subdue the Earth, which means they have tremendous potential to be creators and innovators wherever they are.

If TPS were to be rescinded and the 440,000 Immigrants under its program sent back to their home country where there is violence, pain, sex-trafficking, and conditions that could possibly kill them, then there is no way these Immigrants would have an opportunity to be creators and innovators in such violent lands.

There is a reason God has allowed 440,000 to stay and thrive in the U.S., and I believe this is because He loves them (Deuteronomy 10:18). As Christians and people of good will, we have the opportunity to love Immigrants with TPS as well by speaking up on their behalf so they can stay in the U.S. because it is not their fault their home country is so dangerous.

Proverbs 31:8 says, “Speak out on behalf of the voiceless, and for the rights of all who are vulnerable.”