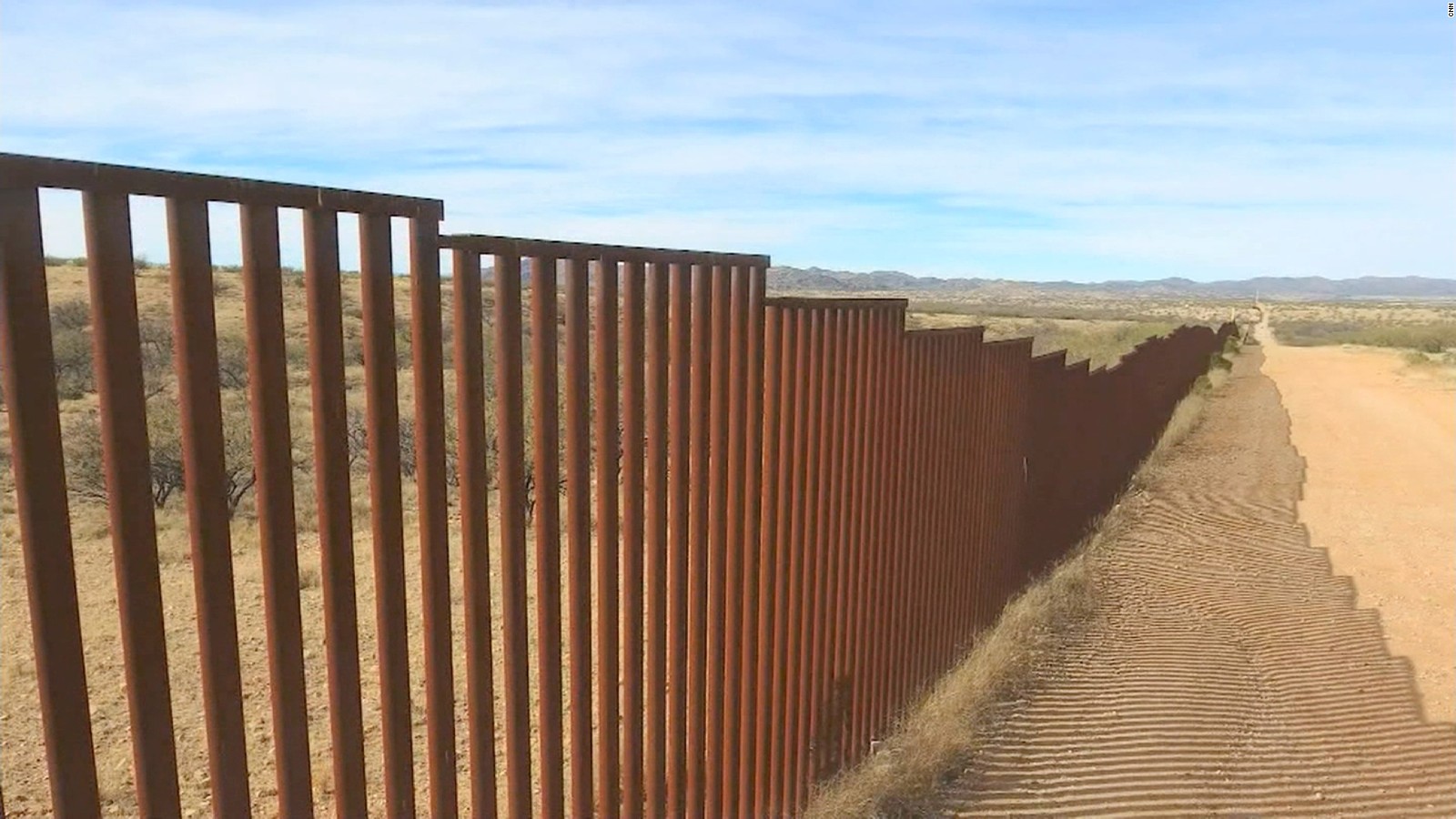 Securing The Border And Why A Physical Wall Will Not Work

By The Immigration Coalition October 12, 2017 No Comments

Nations have borders. Ensuring that threats to our national security do not cross our borders must always be a national priority. Border security and management is and has always been an important piece of the immigration reform debate. When it comes to border security and management, the United States needs smart enforcement that is humane, transparent and takes into account the daily impact on the 15 million people who live along our borders. Smart border management can promote our national security while encouraging trade and controlling the movement of people.

Since 2002, Congress has made significant investments to secure our borders. The budget for U.S. Customs and Border Protection (CBP), the agency responsible for securing and managing our nation’s borders, increased from $6 billion in fiscal year (FY) 2006 to just over $13 billion in FY 2016.25 Congress has provided funds to station a record 21,370 Border Patrol agents at the border, an increase of about 130 percent since 2000.26 With declining numbers of unauthorized border crossers, the average number of apprehensions for each border agent each year dropped from 182 in FY 2000 to 17 in FY 2015.27 Predictably, an increase in the amount spent per apprehension at the border has occurred, rising almost 1,700 percent, from roughly $630 per migrant in FY 2000 to more than $11,266 in FY 2015. In addition, of the 652 miles that the Border Patrol has determined is operationally necessary to monitor, 651 miles of border fencing has been built, including double fencing in many areas.28

Three major areas of border operations should be addressed as part of efforts to modernize our immigration system:

CBP should thoroughly assess threats to border security and adopt transparent metrics to measure border security. The current lack of publicly available, consistent metrics has greatly contributed to the public’s lack of clarity surrounding our nation’s border security. It also has made it di cult for members of Congress to hold the agency accountable and to know what additional resources are needed or unnecessary in order to secure our border. Outcome measures should be established that assess achievement and progress at the border, such as the probability of apprehension at the border and at-the-border deterrence rate.29 Community stakeholders and organizations should be consulted to provide input to CBP on what border metrics should be used to establish border security.

2. Provide additional infrastructure and personnel at ports of entry

CBP should implement systemic, robust and permanent training and oversight mechanisms across the agency. CBP officers and agents should be trained and held to the highest law enforcement standards. While CBP has implemented integrity programs, including standardized training through agents’ careers, it still struggles with managing and overseeing these programs — in part because rapid hiring has made it di cult for the agency to keep up. One oversight mechanism that CBP should implement includes the use of body-worn cameras (BWCs) by all Border Patrol agents.

Why not a physical border wall?

President Trump has been adamant that his wall will be built “ahead of schedule.” For that to happen, he’ll need to avoid the various legal issues that plagued earlier efforts. Entities other than the federal government—states, Indian tribes, private individuals—control over two-thirds of borderland property. Private parties own the vast majority of the border in Texas, and for this reason, roughly 70 percent of the existing border fence is located in California, Arizona, and New Mexico. Almost all of it is on federally controlled land.

Native American tribes also have the capacity to stop construction of barriers. The Tohono O’odham Nation, which has land on both sides of the border, has already pledged to fight any efforts to build a wall there. In 2007, when the tribe allowed vehicle barriers to be constructed, the Bush administration ended up desecrating Indian burial grounds and digging up human remains. The President would need a stand-alone bill from Congress to condemn their land. Senate Democrats can (and likely would) filibuster such an effort.

Further, the fence can cause Mexico to receive too much water. Even when a fence has holes, which a wall would not, debris can turn the fence into a dam. Thanks to the barrier, some floods have fully covered the doors of Mexican buildings in Los Ebanos, across the Rio Grande, while producing little more than deep puddling on the U.S. side. The International Boundary and Water Commission that administers the treaty has rebuffed the Border Patrol’s attempts to replicate this disaster in other areas of the Rio Grande Valley.

Fences or walls obstruct crossers’ paths, cutting off a straight shot into the interior of the country. But a barrier is not the permanent object that some people imagine. Natural events can knock down parts of a border fence. One storm in Texas left a hole for months. Fences and walls can also erode near rivers or beaches, as the one in San Diego did. And they can be penetrated: Some fencing can be cut in minutes, and the Border Patrol reported repairing more than 4,000 holes in one year alone. They neglected to mention whether that number equaled that year’s number of breaches.

Much of the current fencing can be easily mounted with a ladder or from the roof of a truck. In some cases, border crossers can scale the fence without any additional equipment. One viral video from 2010 shows two women easily climbing an 18-foot steel bollard-style pedestrian fence in less than 20 seconds. Smugglers can even drive over the fence using ramps, a fact that was discovered only when a couple of foolish drug entrepreneurs managed to get their SUV stuck on top. (They took the dope and split.)

To put it most simply, border barriers will never stop illegal immigration, because a wall or fence cannot apprehend crossers. The agents that Fox News spoke to called a wall “meaningless” without agents and technology to back it up. Mayor Michael Gomez of Douglas, Arizona, labeled the fence a failure in 2010, saying “they jump right over it.” Former Border Patrol spokesperson Mike Scioli has called the fence little more than “a speed bump in the desert.” NOTE: 90 percent of Illegal border crossings are down 90 percent in a decade.

The numbers from this period also suggest that counting “reduced crossings” as a victory may be misleading. As the amount of fencing and the number of agents grew, the share of unauthorized immigrants entering illegally fell, but the number entering legally (and then staying illegally) rose.

In 2006, the Pew Research Center calculated that more than a third of all unauthorized immigrants entered lawfully and then simply overstayed their visas. People who come to the U.S. as tourists or temporary business travelers are forbidden from working, so a small number remain after their visa expires to work under the table. For every three border crossers in 1992, there was one overstay. But by 2012, visa overstays accounted for 58 percent of all new unauthorized immigrants. A wall not only will do nothing to stop these people from entering, but it may actually incentivize more people to stick around without authorization.

Trump, who still insists that his wall will be not a fence but an “impenetrable physical wall” of concrete, claims that it will cost between $10 billion and $12 billion. In early 2017, House Speaker Paul Ryan suggested that a similar amount of appropriations would be needed for the wall. Neither the president nor the speaker has revealed his methodology. But since we know that just building out the existing fence would cost at least that much, the wall will undoubtedly cost far more.

Not only that, but the existing fences were relatively inexpensive to build because they were constructed from materials such as old metal from helicopter landing pads and built low to the ground in some places. Trump has criticized them for, among other things, their inability to prevent tunneling, their materials, their height, and their aesthetics. Trump’s wall would use, according to one engineer’s estimate, more than 1.5 times as much concrete as the Hoover Dam.

For the full 1,000 miles, Trump’s 30-foot wall (with a 10-foot tunnel barrier) would cost $31.2 billion, or $31.2 million per mile, according to the best estimate from Massachusetts Institute of Technology engineers. Two other estimates placed the construction cost of the wall in the $25 billion range. An internal Department of Homeland Security report from February 2017 concluded the project would cost $21.6 billion for “a series of fences and walls” along 1,250 miles of the border. And these are solely upfront construction costs. They don’t include ongoing maintenance, which has accounted for roughly half of the price of the existing barriers over a decade. in other words, a physical wall would be too expensive and would put the United States in a deeper hole of debt.

Overall, a physical border wall will harm the lives of thousands of border residents and immigrants while wasting billions of tax dollars putting the U.S. in a deeper hole of debt. This is why we need to secure the borders by developing new border security metrics, provide additional infrastructure and personnel at ports of entry, and require additional training and oversight of CBP.

Adapted by the National Immigration Forum and David Bier.