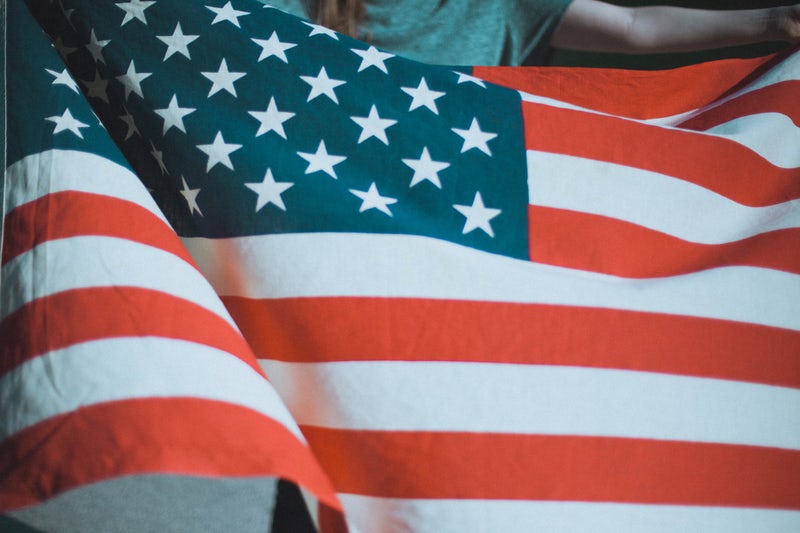 Celebrating America on Independence Day should be a no-brainer. Step one, eat, drink and be merry! Step two, blow stuff up while watching other people blow stuff up, the end! Yet, as easy (and fun) as this sounds, many approach the celebration of America with mixed emotions. There is sorrow over family separations at our Southern Border, anger over children detained in inhuman conditions, and shock at the sight of parents drowning with their children while seeking asylum in our land of the free. Equal levels of anger and disbelief are felt as presidential candidates try to outdo one another by advocating for legal abortion until birth and at taxpayer expense! Followers of Jesus often empathize with some of these feelings, but not others, and this creates tension.

As we look to Jesus to guide the way, the tension grows stronger, not weaker. This is because the emotions just described are often felt to a greater or lesser degree based on which political side of the isle people belong to, and Jesus isn’t interested in choosing sides. In the presence of great political power, Jesus’ uttered these tension-filled words, “My Kingdom is not of this world.” Counter to what His disciples and other patriotic Israelites wanted, Jesus would not be kicking out the Romans or advancing Israel’s political agenda.

Psalm 110 helps us wrestle with this tension today. In verse two King David is told, “The Lord sends forth from Zion your mighty scepter. Rule in the midst of your enemies!” Patriotic Israelites saw in these words a promise of absolute political power, but to their dissatisfaction, Jesus’ fulfillment of these words looked much different. Far from reviving the earthly agenda of King David, Jesus elevated His spiritual Kingdom above it. Rather than overthrowing Israel’s enemies, Jesus subjected Himself to capital punishment on a cross. Far from advancing Israel’s political power, Jesus ascended into heaven, and established a spiritual Kingdom for all nations!

There are many reasons why this is a vital truth, but let us consider two which are relevant. First, building the Kingdom of man always requires forms of domination over other people created in God’s image, yet Jesus does not call us to dominate others but to serve them. Second, building the Kingdom of man requires accepting forms of injustice as “necessary evils”, yet Jesus calls us to reject all evil and even to subject ourselves to injustice for the advancement of God’s Kingdom.

How to Celebrate an Imperfect America

So how can we faithfully follow Jesus, advance the Kingdom of God, and be Patriotic Americans all at the same time? Let me suggest a few beliefs and practices that are vital to living in this tension.

First, we must fully accept that the Kingdom of man and the Kingdom of God will never overlap until Jesus’ returns. There will be a day when Jesus returns and fulfills Psalm 110 on earth, but that day is not today, and that task is not ours to fulfill.

Second, we must fight all injustice regardless of the political consequences. Whether we lean Republican or Democrat, if we want to follow Jesus we must call out our own leadership whether they are denigrating the immigrant or dehumanizing the unborn.

A Call to Hope

The Kingdom of man is not the Kingdom of God. As difficult as it is to live in this tension, Jesus is not calling us to choose a political side to advance our values through power over others. We are called to live into the tension, seeking first the Kingdom of God by loving our neighbor, praying for our enemies, seeking justice and loving mercy. Where these Kingdom values can be aligned with political policy, we should rejoice! But where these Kingdom values run contrary to political agendas, we must speak out, regardless of party loyalty.

Dr. Martin Luther King called on Americans to celebrate the lofty aspirations of our nation’s founders while also recognizing that their vision had been imperfectly applied. He urged a continued call for America to fulfill the promise that, “all men, yes, black men as well as white men (My Lord), would be guaranteed the unalienable rights of life, liberty, and the pursuit of happiness.” On Independence Day let us seek first the Kingdom of God, while also celebrating the best of what America’s kingdom on earth has always hoped to become.