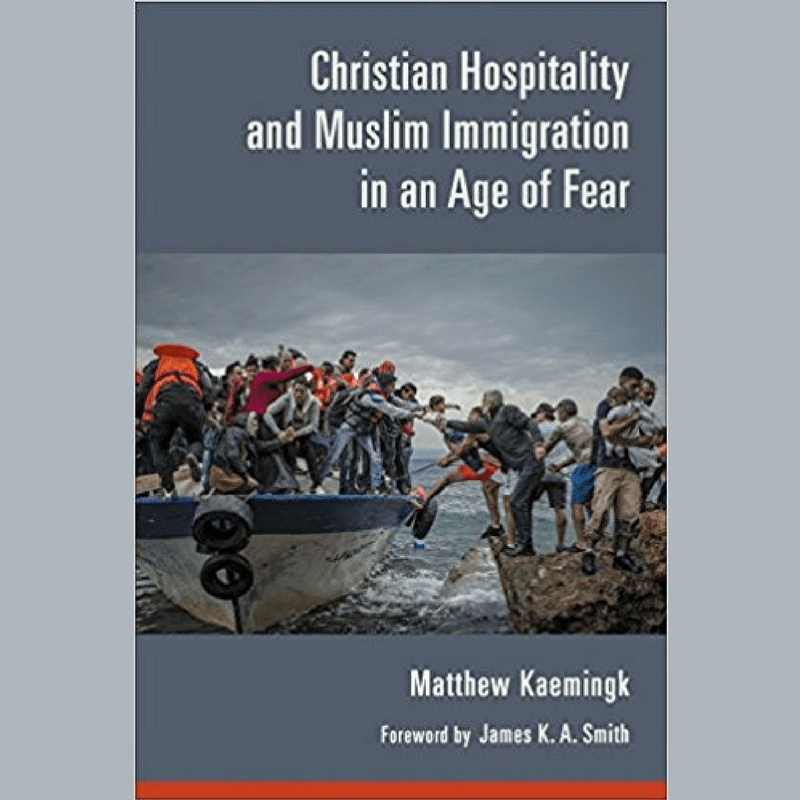 By The Immigration Coalition January 5, 2018 No Comments

Donald Trump’s 2016 campaign slogan, so familiar to us now, is a battlecry of hope for some Americans, while for others it is a sinister harbinger of a less inclusive era. In the year since President Trump’s inauguration, countless opinions have been written to dissect his policies and measure his motives. And while it is still only possible for God to reveal what lies in a man’s heart, 2017 has shown us that many Americans are nostalgic for a time in our country’s past when they believe things were simpler. A time when globalization had not yet required us to live alongside people of other religions and cultures. A time when upholding your own values also meant upholding nearly everyone else’s.

Whether you too feel this same nostalgia, or are opposed to its very basis, Christian Hospitality and Muslim Immigration in an Age of Fear by Matthew Kaemingk is a book you need to read. Kaemingk uses his experience in The Netherlands, and their response to Muslim immigration over the last 50 years as the backdrop for his presentation of “Christian pluralism.” With the help of late 19th century theologian Abraham Kuyper, he describes Christian pluralism as “a state and society in which all worldviews [can] publically flourish and advocate for their own unique visions for the common good” (82).

As Western countries, including the United States, have grown more and more liberal, Kaemingk notes that Christians have usually responded in one of four ways. Some have assimilated and conceded their unique convictions to the liberal consensus. Others have adopted moderation, holding onto some of their convictions while modifying others. Still, others have retreated from the public square and established cloistered Christian communities. Finally, some have chosen to respond to increasing liberalism with retribution, hoping to restore their country by reinstating a Christian hegemony. To both Kaemingk and Kuyper, none of these four responses is adequate, so they present Christian pluralism as a fifth alternative.