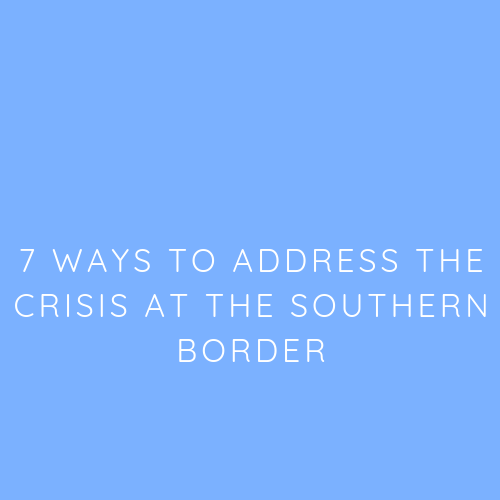 7 Ways To Address The Crisis At The Southern Border

By The Immigration Coalition January 9, 2019 No Comments

By Rondell, Founder/Director, The immigration Project

The Government has been shutdown for almost twenty days, as it leaves 800,000 plus federal workers out of work and possibly pay. The biggest reason why this shutdown is lasting so long: The wall.

But does it have to be like this? I don’t think so. I believe there’s a better more balanced solution. Here are 7 ways to address the crisis at the Border.

These 7 points seek to show compassion to Immigrants (Luke 10:25-37) while respecting the rule of law (Romans 13:1-4). They are balanced. They encompass border security and a wall in needed places–two things we as Conservative and Progressive Christians can come together on.

TiP exists to equip the Church to embrace a biblically balanced approach to immigration that shows compassion to Immigrants while respecting the rule of law.