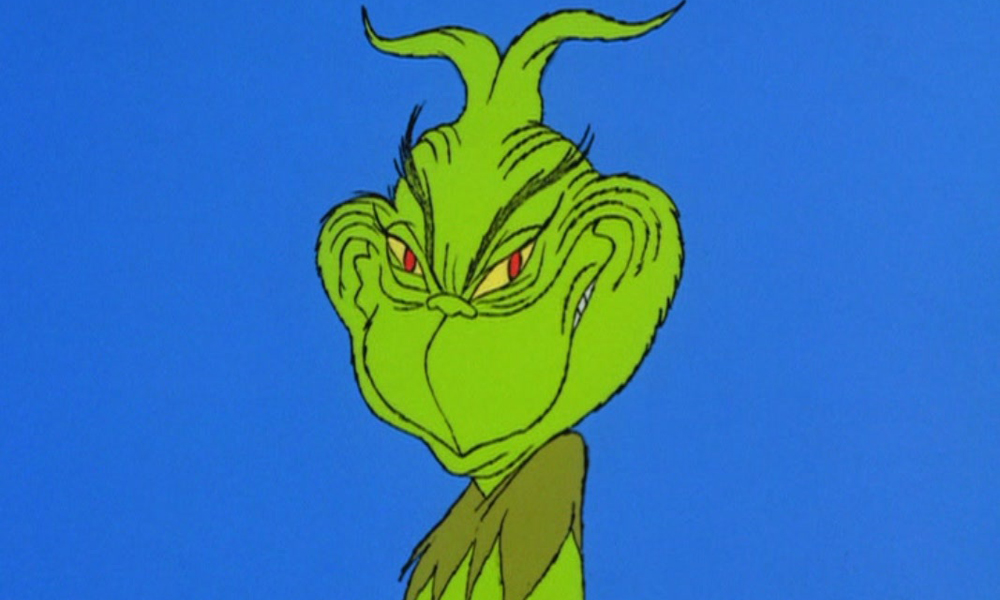 The Grinch, Immigration, and The Gospel

By Rondell Treviño December 17, 2019 No Comments

One of the most joyful things I do during the Christmas season is watch Christmas movies. I love Home Alone, Home Alone 2, The Santa Claus, The Polar Express, A Christmas Story, The Nightmare Before Christmas, and every Claymation episode.

But there’s one Christmas movie that is my all-time favorite: “How the Grinch Stole Christmas” (1957) created by Theodor “Ted” Geisel aka Dr. Seuss. This cartoon is about the green, pot-bellied, foul-tempered, bitter feline-faced Grinch whose heart is two sizes too small. He’s bitter and can’t stand the Whos and their love for Christmas.

In the middle of the story, the Grinch plots to steal all the Christmas gifts in Whoville and toss them from a cliff. In one night, he steals all of the toys, food, and trees with the help of his dog, Max.

When it comes to undocumented Immigrants and Migrants along the U.S.-Mexico Border, there are many people (Not all!) whose hearts are two sizes too small in love, empathy, and compassion toward them. For many, they see undocumented Immigrants and Migrants as drains to the U.S., lazy, criminals, job stealers, and threats to society—either because of their skin color, country of origin, status, or what they see on the television.

This compels them, like the Grinch, to approve, say, and even do all they can to take away undocumented Immigrants and Migrants’ rights, possessions, family, medicine, dignity, and rights as humans created in God’s Image.

One example is the Trump administration has made it almost impossible for Migrants to win asylum cases in the U.S. One policy, in particular, called Migrant Protection Protocols or Remain in Mexico, has made it nearly impossible for Migrants to receive asylum. Data shows that as of September, of the more than 47,000 people in the program, fewer than 10,000 had completed their cases. Of that group, 5,085 cases were denied while 4,471 cases were dismissed without a decision being made—mostly on procedural grounds.

Only 11 cases—or 0.1 percent of all completed cases—resulted in asylum being granted, according to the Transactional Records Access Clearinghouse at Syracuse University. In other words, the vast majority of Migrants along the Southern Border are being denied into the U.S. And thousands continue to live in tents and face tremendous health risks.

There are also thousands of children in detentions centers separated from their families. Thousands of Undocumented Immigrants who have lived in the U.S. for 10 plus years, work hard, have families, and are good neighbors being detained and deported by Immigration and Customs Enforcement (ICE) when they should only be given a significant fine to pay and allowed to stay in the U.S.

For undocumented Immigrants and Migrants, the Grinch has and continues to exist in the form of many (Not all!) ICE agents, Border Patrol agents, the Trump administration, White Supremacists, legislative leaders who haven’t come together to pass immigration reform that secures the border and shows compassion, and even many Christians who are racist and xenophobic, yet on Sunday mornings worship the brown-skinned Jesus who was once a Migrant child.

To many Undocumented Immigrants and Migrants, the Grinch has not just stolen their Christmas, but their lives, dignity, and humanity as Image bearers of God.

At the end of “How the Grinch Stole Christmas” (1957), having learned that stealing the presents doesn’t destroy the Whos’ fellowship, joy, and continues to leave a void in his own heart, the Grinch listens closely to them singing merrily despite all they have lost and begins to see the deeper meaning of the holiday.

“Maybe Christmas,” he thought, “doesn’t come from a store.”
“Maybe Christmas. . . perhaps. . . means a little bit more!”
And what happened then? Well. . . in Whoville they say,
That the Grinch’s small heart Grew three sizes that day!
And the minute his heart didn’t feel quite so tight,
He whizzed with his load through the bright morning light,
And he brought back the toys! And the food for the feast!
And he, HE HIMSELF! The Grinch carved the roast beast!

In other words, the Grinch has a change of heart, which compels him to save the presents, trees, and food from the cliff and return it all to the Whos. He becomes someone who has deep love, empathy, and compassion for the Whos. His heart literally grows three sizes!

For those today who are a Grinch toward Undocumented Immigrants and Migrants with hearts two sizes to small, the ONLY way they will change is through the power of the Holy Spirit sweeping into their lives and either regenerating the hearts of those who aren’t Christians or reminding those who are already Christians of the Gospel of Jesus Christ.

This is the Gospel: At one time we were all dead in our sin and spiritually undocumented with zero citizenship in Heaven, but God, sent His son, Jesus, to die on a wooden cross and resurrect from the dead so that He could compel us to repent of our sin and put our faith in Himself, giving us an eternal relationship with God (John 3:16; Ephesians 2:1-10).

The Gospel of Jesus Christ is the only thing that can change the heart of those who are a Grinch toward Undocumented Immigrants and Migrants.

May this Gospel change hearts this season.