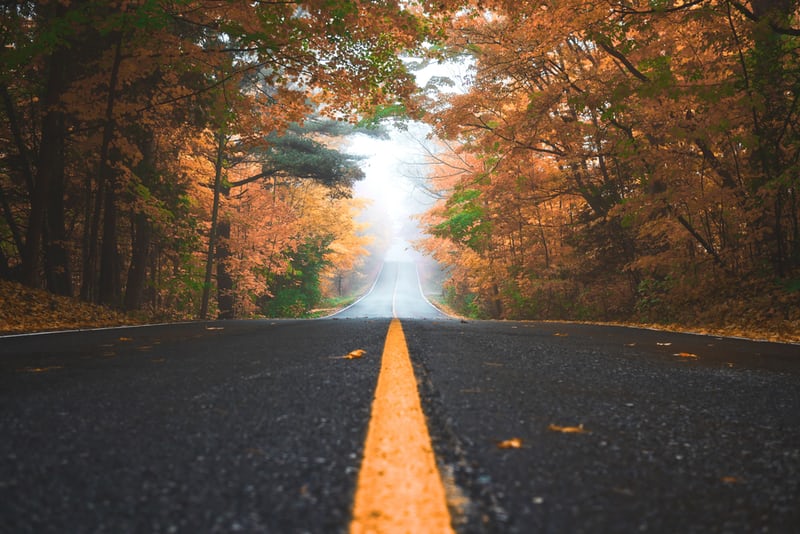 By Rondell Treviño February 14, 2020 No Comments

I was raised in Long Beach, California since I was three years old. Most of my childhood, I felt like any other American kid. I knew I was Mexican and that we spoke Spanish at home, but I also knew that I dreamt in English as I assumed all my other classmates did. To me, I was a dreamer, at least that’s better than being a criminal or a sinner.

It wasn’t until I was a freshman in high school that I first stepped foot into an immigration office in Downtown Los Angeles, and everything I thought I understood about my life and immigration in the United States was flipped upside down.

Prior to that day, I assumed Mexicans were the only immigrants, but as I looked around the office, I was amazed to see so many immigrants with diverse appearances and different nationalities. My mom and I were there to rectify our immigration status and finally get our residency. After a lot of red tape, money, and a year of hopeful waiting, my mom and I went to court just to be denied due to an overseen legality. That day in court, my view of my life changed completely. Dreaming became a lot more foreign to me as if it was prohibited.

Suddenly, I was afraid of anyone knowing about my situation. I became keenly aware that I did not have the same rights that my classmates and my younger siblings had. For the first time, I realized there was something “bad” about my status. I continued to work hard. However, my optimism was clouded. On one hand, I hoped for the best, but on the other hand, my once vibrant dreams had begun to fade. I dismissed promising opportunities because in the back of my mind all I could hear was, “only available for citizens.”

Through all the ups and downs of my citizenship status, one thing that anchored me was my faith in Jesus. In Mexico, my mom’s parents were pastors and taught her to fear God. I grew up in a Christian home and we went to churches with predominantly Spanish speaking congregations. There was a comfort in a Latino church, which I did not recognize until I no longer attended one. At our home church where we attended for about ten years, it was common to hear prayer requests about someone’s immigration situation.

As a congregation, we united in prayer to believe God for favor with immigration hearings and celebrated with our fellow congregants as they got their green cards. I remember praying fervently with my family for my aunt and uncle to get their residency and being able to celebrate with them when it was granted. We believed that God was merciful to undocumented immigrants.

I was 28 when I found myself attending a predominantly white, English-speaking church, and still believing for my mom and me to get our residency. It was around 2016, and for the first time, I felt completely dismissed at church. For the first time, I began to hear Christians share their opposition to undocumented immigrants and Dreamers—most of whom were unaware of my situation. It got to the point where I went from believing that living in the U.S. as an undocumented immigrant was not just bad but sinful.

Devastated, I searched God’s word for clarity. In Acts 17, the passage explains that God predetermined the boundaries and times in which His people would live. This gave me peace; He reassured me that He predetermined where I was to live and when. I began to trust I was still spiritually right before Him.

In 2017, I experienced a major shift in my life. God called me out of everything that was distracting me from Him. I was unable to continue my master’s program at UCLA, I stepped down from ministry, and left my job of five years at a prestigious non-profit helping the homeless. In this tumultuous season of being stripped down from everything I knew, I found myself in partnership with a friend facing a similar season. We began to intentionally meet and seek God together, and in that time, we were led to start Until We Arise, a nonprofit organization, charged with bridging a divided people to loving community, empowering resources, and a compassionate Christ. We believed that this was answering the call to heal this rejection we had both experienced from the body of Christ in this season of raging politics, police shootings, and the wall. We had no idea where this journey would take us. The last place we thought was on an international mission trip to Peru. I knew the risks and laws I would break leaving while being a recipient of DACA, but I also knew that God was with me. I now live in Guaymas, Sonora, Mexico as a missionary… making my own living with the help of a beautiful and welcoming community and my faith that the Lord has still predetermined my boundaries.

I haven’t seen my mom since June 22, 2019. It breaks my heart to know it maybe ten years before I can see her again. Ten years to pay off my “sin.” Leaving the U.S. has been the hardest thing I’ve done; I left home with an uncertainty of being able to come back. And while I long for home, I have never felt more confident of God’s divine plan for my life I feel free—like I’m beginning to dream again. I have hope again.

Veronica is a 32-year old Mexican. She has a Bachelor’s in Sociology from California State University, Long Beach and has intentionally been walking with God since she was 16. She is the co-founder of Until We Arise, an LA-based non-profit with a heart to bridge a divided people to loving community, empowering resources, and a compassionate Christ.